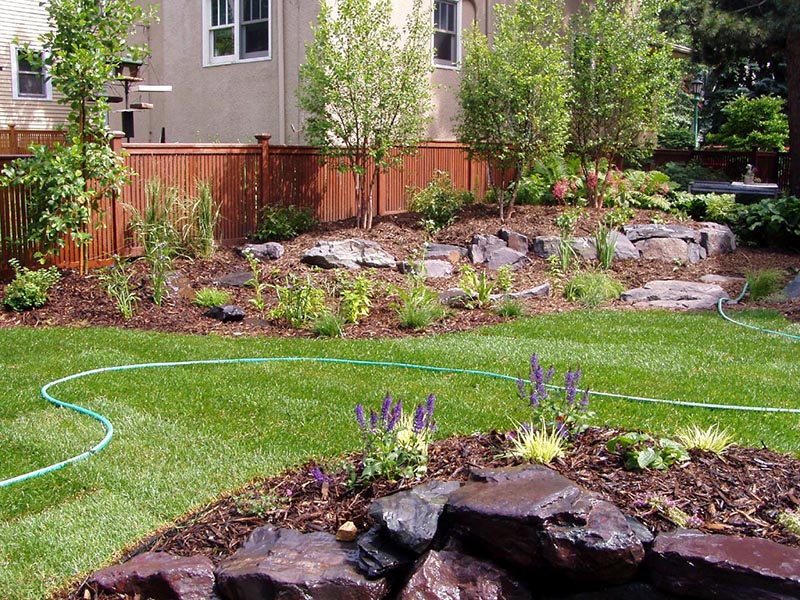 Although a home’s front yard greatly influences its curb appeal, most people making improvements to outdoor spaces are turning their attention to the backyard, according to a recent poll. And here in California, the number of homeowners replanting their lawns has surged, perhaps thanks to a much-needed, El Niño-fueled rainy winter.

That’s according to Houzz’s 2016 Landscaping & Garden Trends Survey, which polled homeowners who had recently completed, in the midst of, or are planning an outdoor home-improvement project. The survey found that 75 percent of these owners are focused on overhauling some aspect of their backyards, compared with 54 percent tackling the front yard. About half of all homeowners renovating outdoor spaces reported spending six or more hours hanging out in them.

Children are a major factor influencing outdoor renovation projects, with one-third of homeowners making upgrades with youngsters in mind. Even more homeowners are pampering their pets, with 42 percent undertaking animal-related improvements. In both instances, space to run and play is the largest factor influencing the upgrades, with nontoxic plants also high on the agenda.

Houzz’s survey reveals that the drought of the past few years has weighed on buyers in the West and in California. Almost half of all respondents in Western states expressed concern over water shortages, compared with 14 percent of those in the South, 5 percent in the Midwest, and 1 percent in the Northeast. Nationwide, one in five surveyed was adding a rainwater-harvesting system, and 91 percent of those homeowners plan to use that extra H2O to irrigate their lawns.

Now that winter rains have finally returned to California and the Bay Area — albeit at less-than-hoped-for levels — homeowners are starting to once again consider natural lawns after the drought forced some to turn to artificial turf. In fact, the number of Golden State homeowners who are totally replanting their lawns has more than tripled since Houzz conducted its survey last year. This has led to an uptick in sprinkler upgrades across the state, with 68 percent of respondents reporting this improvement compared with 53 percent last year.

Regardless of where in the U.S. they call home, those polled were primarily motivated to revamp their outdoor spaces because of deterioration over time. Other top reasons for outdoor overhauls include finally having the financial means, enough time to complete the job, and purchasing a home.

If you’re planning a backyard overhaul with the arrival of spring, check out these tips for planning a well-conceived outdoor space, including furniture, lighting, and personal touches.