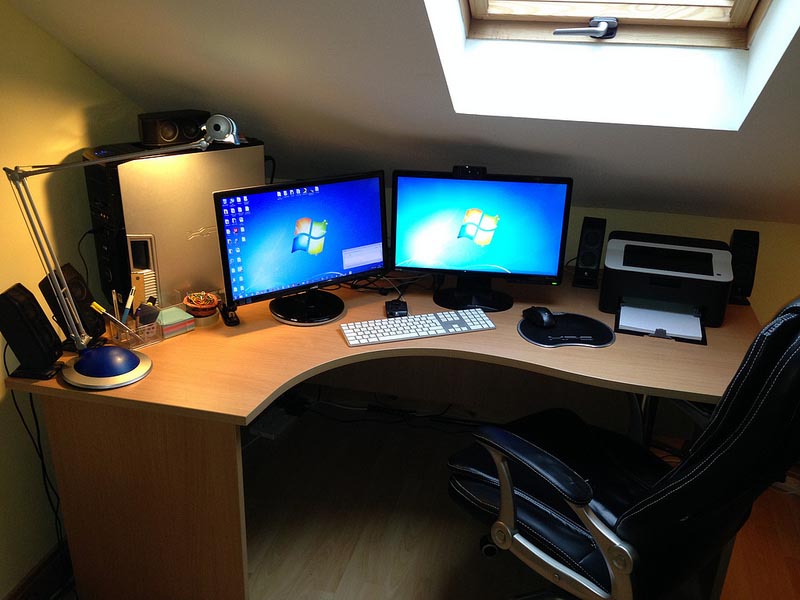 Home sellers with an office space or a bonus room will likely find it an increasingly attractive amenity to buyers, as the number of Americans who telecommute is on the rise. Which comes as fortunate news, considering that traffic and commute times aren’t getting any better.

According to Gallup’s 2017 State of the American Workplace report, 43 percent of employees worked remotely in some capacity in 2016, up from 39 percent in 2012. About one-third of telecommuters worked from home more than 80 percent of the time last year, compared with 24 percent who did the same in 2012.

The finance, insurance, and real estate sectors saw the largest increases in telecommuters over that period, rising to 47 percent last year. The transportation and information technology sectors have the largest remote workforces, a respective 61 percent and 57 percent.

The increase in telecommuting coincides with worsening commute times and traffic conditions throughout the nation and the Bay Area. Citing data from the U.S. Census Bureau’s most recent American Community Survey, The Washington Post reports that the average American worker’s commute time was 26.4 minutes in 2015, a figure that has gradually increased over the past 25 years. So-called extreme commuters — those who spend 90 minutes or more each day getting to work — were the fastest-growing segment of commuters between 2014 and 2015.

Here in the Bay Area, it seems as though there are more people on the roads than ever, particularly as tight affordability conditions in San Francisco and Silicon Valley drive homebuyers to suburban communities farther inland. In fact, the San Francisco metro area has the fourth worst gridlock on the planet, according to research firm INRIX’s Global Traffic Scorecard. The company says that drivers in San Francisco spend an average of 83 hours per year in congestion and lose almost $2,000 as a result.

While telecommuting certainly helps alleviate the number of cars on the roads and can enable homebuyers to expand their searches to more affordable bedroom communities, it has other benefits for employers. Gallup found that employees who worked offsite three to four days per week had the highest rates of engagement with their jobs. Telecommuting can also help companies recruit talent, as 54 percent of office workers said that they would switch jobs for the ability to work remotely.