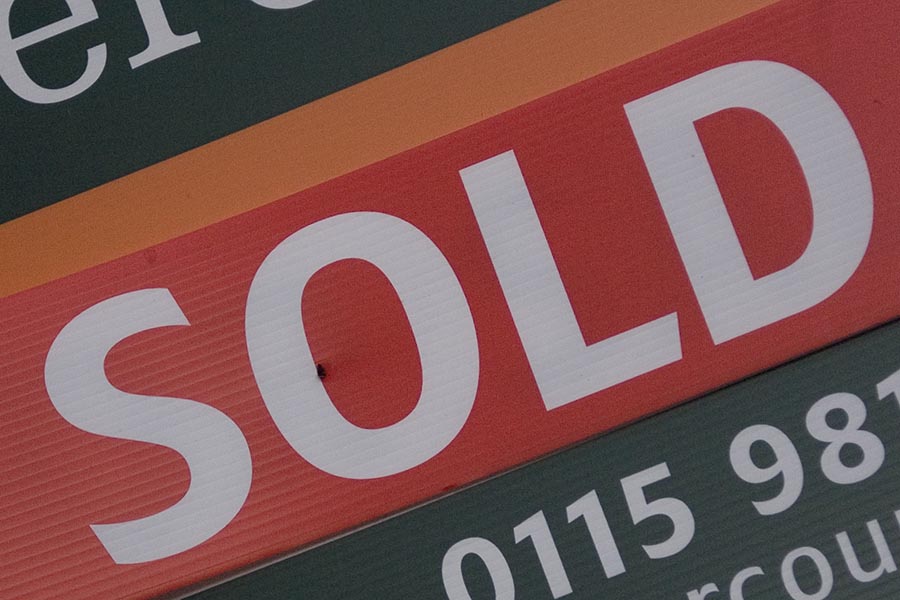 That’s according to a new report from the National Association of Realtors, which says that existing U.S. home sales increased to 5.69 million on an annual basis in January, up 3.3 percent year over year and the highest since February 2007. The median home price increased to $228,900, a 7.1 percent gain from one year earlier, while inventory declined by an identical amount from January 2016.

Home sales in the West were up 8.4 percent year over year to an annual rate of 1.29 million, the largest gain of any major U.S. region. With a median sales price of $332,300 — up 6.8 percent from a year earlier — the West is also the country’s most expensive region for homebuyers.

U.S. homes sold in an average of 50 days in January, two weeks quicker than a year earlier. In a statement accompanying the report, NAR Chief Economist Lawrence Yun said that he expects competition to further increase as spring arrives, particularly for homes in the lower and middle price ranges.

SANTA ROSA NAMED ONE OF AMERICA’S 10 CLEANEST CITIES
San Francisco was recently ranked as the nation’s healthiest city in 2017, and now its Wine Country neighbor is being lauded for its cleanliness.

A recent Realtor.com study ranked the 150 largest U.S. metro areas to determine the cleanest and dirtiest environments based on five criteria: toxic chemicals, greenhouse-gas emissions, air quality, water quality, and number of Superfund sites. Santa Rosa ranks as the nation’s fifth cleanest city and has almost no pollutants, producing 121.2 pounds of toxic chemicals in 2015. If that sounds like a lot, consider that New York City produced an astonishing 630,000 times more hazardous substances than Santa Rosa.

Salinas is the other California city to land on Realtor.com’s clean list, ranking No. 10. The primarily agricultural region, which farms 70 percent of the nation’s lettuce, earns points for its excellent air quality, which is helped by its proximity to the Pacific Ocean.

ANOTHER FEDERAL RESERVE INTEREST RATE HIKE EXPECTED “FAIRLY SOON”
Mortgage rates have been locked in a holding pattern for the past month, but they are likely to rise later this year, as the Federal Reserve indicated it will increase interest rates at some point in the next few months.

The Washington Post reports that minutes from the Fed’s policy meeting last week said that the economy’s performance could prompt it to raise rates “fairly soon,” while acknowledging that the presidential administration’s proposed policies create uncertainty. Futures markets predict an 82.3 percent chance that the Fed will keep the benchmark interest rate at its current level in March, with an increase more likely in May or June.

“Since we’re told that their economic forecasts changed little since December, we can surmise that they’re still on track for as many as three rate hikes this year,” Mark Hamrick, senior economic analyst at Bankrate.com, told The Washington Post.

MORE EICHLER NEIGHBORHOOD PRESERVATION IN SILICON VALLEY
Over the past 15 years, the city of Sunnyvale has been rezoning neighborhoods that consist of iconic California Eichler homes to exclusively single-story, and that trend is continuing in 2017.

According to The Mercury News, the Sunnyvale City Council approved the rezoning of two Eichler neighborhoods in early February. The rezoning involves a total of 79 homes, residents of which are concerned that future two-story homes could block the views and the natural light that Eichler homes are known to maximize.

To learn more about Eichler homes and where to find them throughout the Golden State, check out this blog post that spotlights the Mid-century modern architectural style.