While most Californians likely push the possibility of an earthquake to the back of their minds, potential seismic activity is an inevitable fact of life in the Bay Area. That’s why it’s essential for homeowners to know whether their house could indeed withstand an earthquake and take the necessary precautions to protect their family and property. 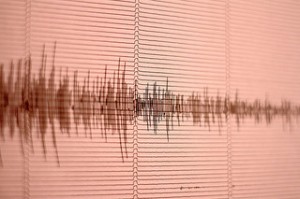 Simply put, seismic retrofitting is the process of altering an existing structure to better resist earthquakes. Sellers are likely to find that a properly retrofitted home will be more attractive to buyers regardless of market conditions. Aspiring homeowners, by contrast, should ask up front whether they’ll need to spend additional money to make improvements.

The first step that owners will need to take is determining whether their home is in need of seismic retrofitting at all. According to the California Association of Realtors’ Homeowner’s Guide to Earthquake Safety, state law requires that sellers disclose any known weaknesses to buyers — but doesn’t mandate that they make the improvements themselves.

Earthquake Safety, a Berkeley, Calif.-based seismic engineering and construction firm, notes that most houses constructed after 1990 were likely built to endure temblors and therefore won’t need as much work as older residences.

Owners of older homes will want to identify potentially vulnerable property features that an earthquake could damage. CAR’s earthquake safety guide outlines some structure types that might need reinforcement. These include single-family houses with living spaces above garages, as well those with weak “cripple walls,” which are wood walls that surround the crawl spaces found under many pre-World War II homes.

CAR suggests several methods for seismic-proofing older houses, including bracing garage walls with plywood and steel and bolting homes to their foundations to prevent slippage.

Most homeowners who determine that their houses are in need of structural modifications will opt for the services of a professional contractor, leading to inevitable questions about cost. Earthquake Safety’s website quotes prices ranging from $3,000 to $10,000, depending on a house’s location, condition, size, and layout.

Bay Area Retrofit, a competing firm based in Albany, Calif., states that owners should expect to spend between 1 and 3 percent of a home’s value during a seismic modification project. The company also provides a list of questions to ask contractors to determine if their skills meet the scope of the retrofit’s needs.

Keep in mind that, whatever price a retrofitting contractor quotes, proactive seismic strengthening can be well worth the upfront costs in a worst-case scenario. CAR notes that while bolting a home to its foundation could be a $5,000 job, repairing the damage after an earthquake might cost up to five times that amount.