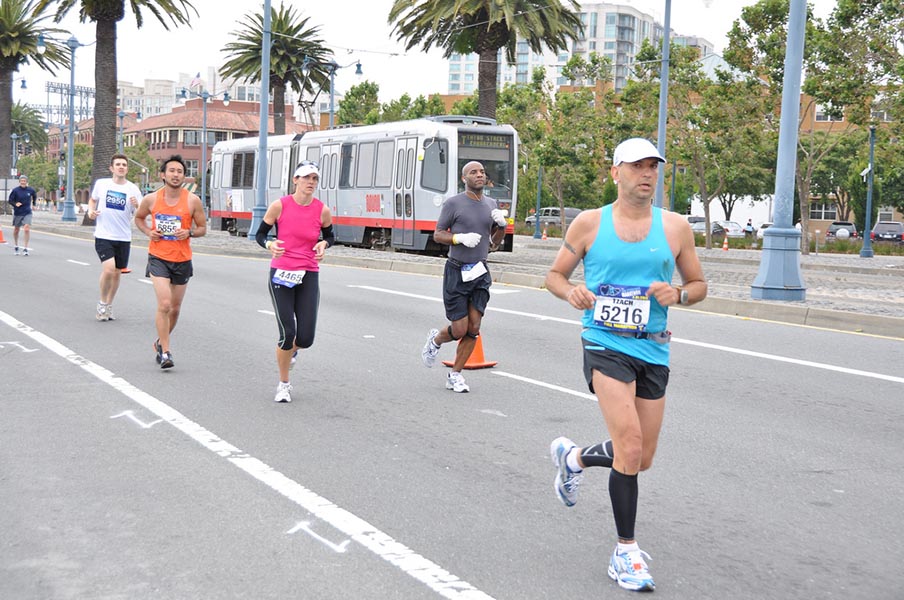 Here’s another feather in San Francisco’s cap and another reason why so many people desire to own a home here: The city is the best in the U.S. when it comes to living a healthy lifestyle.

That’s according to a new analysis by WalletHub, which ranked the 150 most populated American cities for health on a scale of 100. The rankings are based on 34 individual criteria in four major categories, all receiving equal weight: health care, food, fitness, and green spaces. San Francisco tops the list of the overall healthiest U.S. cities, with a total score of 68.06. Nine of the 10 healthiest American cities are located in Western states.

San Francisco ranks No. 1 in the country for healthy food and eating habits. The city, along with Oakland and Fremont, has the lowest percentage of adults in the U.S. that eat fewer than one daily serving of fruits and vegetables, perhaps in part because of the Bay Area’s proximity to the Central Valley and Salinas Valley agricultural centers.

San Francisco takes the No. 3 overall spot for the green-space ranking, behind the Southern California cities of Santa Clarita and Glendale. In fact, San Francisco is the greenest city in the U.S. according to rankings released by WalletHub last fall, with San Jose and Fremont not far behind.

The City by the Bay earns points for the most running trails per capital, ranking No. 3 in the country in that regard. That’s a nice perk for San Francisco residents who like to get regular exercise, as the city also has one of highest average gym membership costs in the nation.