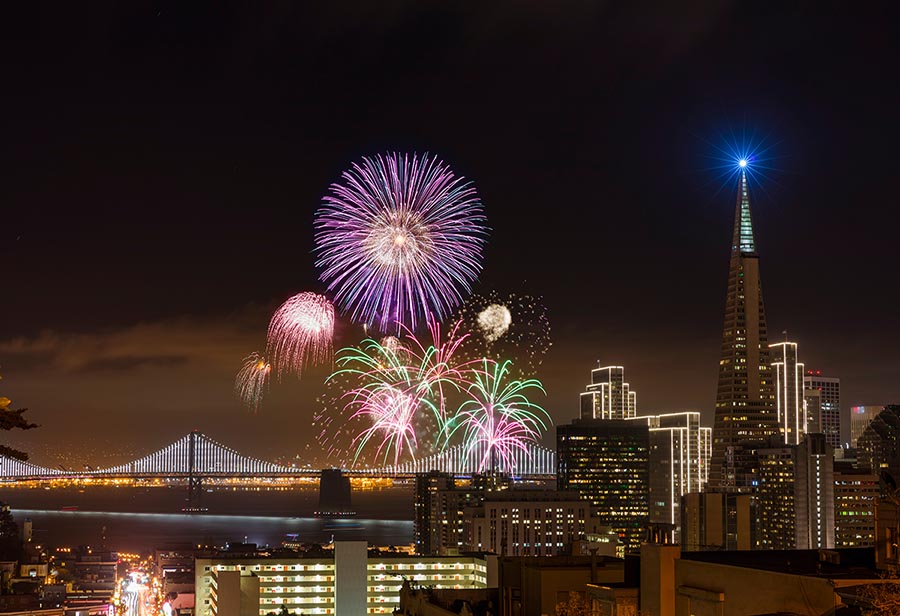 New Year’s resolutions are easy to set but not always so easy to keep, but if you live in San Francisco, you stand a better shot than you do anywhere else in the country.

That’s according to an analysis by WalletHub, which ranks more than 180 U.S. cities on a 100-point scale on residents’ abilities to stick to their New Year’s goals. The study gauges resolution-friendliness using 56 metrics across five major criteria: health, finances, school and work, bad habits, and relationships.

By those criteria, San Francisco is the best city in the U.S. for keeping New Year’s resolutions, scoring a 66.35. The city ranks No. 1 in the country for building relationships, which includes metrics such as the number of nightlife establishments, restaurants, and parks per capita. San Francisco boasts the second most restaurants per person in the country behind New York City.

San Franciscans are also adept at keeping their health-related resolutions, ranking third in the country in that respect and among the top five cities with the lowest percentage of obese adults. And while San Francisco places much lower in the overall finance-resolutions category, residents have the third-highest median credit scores in the country.

San Jose comes in at No. 6 for sticking to New Year’s resolutions, notching a 64.55. The city is the second-best in the country at cutting out detrimental habits and has the nation’s lowest percentage of adult cigarette smokers.

Fremont just missed the top 10, ranking No. 12, but WalletHub lauds the Alameda County city for resolution-sturdiness on several counts. Fremont denizens have the highest median credit scores in America as well as the lowest percentage of obese adults. The city also ranks in the top five for best exercising habits and the most parkland acres per capita.

WalletHub analysts have been particularly kind to Fremont this year. The company recently named the East Bay community as the nation’s best for “wallet-fitness,” while ranking it as America’s happiest city and one of the best places in the nation to raise a family earlier in 2018.