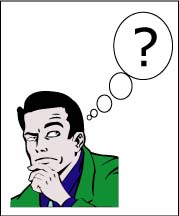 We all have regrets.

Maybe it’s an article of clothing that looked great on a store mannequin but screamed “tacky!” when we put it on at home. Maybe it’s (uh-oh!) the way we behaved at that cocktail party last night.

Well, homeowners have regrets too, and chief among them is not buying a larger home.

A recent survey by the real estate portal Trulia found that 52 percent of homeowners have at least one regret about their current home or the process of choosing it. If you’re in market for a new house, pay attention to the gripes of those who went before you:

“I wish I had chosen a larger home” was the common regret of 17 percent of all homeowners in the survey.

Second on the woulda-coulda-shoulda list: “I wish I had done more remodeling when I bought the home than I did.” That regret was common to 14 percent of homeowners.

No. 3 (11 percent): “I wish I had more information about the home before I decided.”

No. 5 (8 percent): “I wish I had been more financially secure before I decided.”

The full list of regrets covers myriad situations, including those of homeowners who wished for a smaller home (6 percent) and those who wished they had done less remodeling (2 percent). Go figure.

Trulia’s advice: Slow down, if you can.

“Many homes don’t stay on the market for long, so buyers will have to move fast,” Jed Kolko, Trulia’s chief economist, said in a statement. “But when it comes to searching for a home, as with everything else, moving too fast leads to mistakes and regrets.”

Other results from the survey: