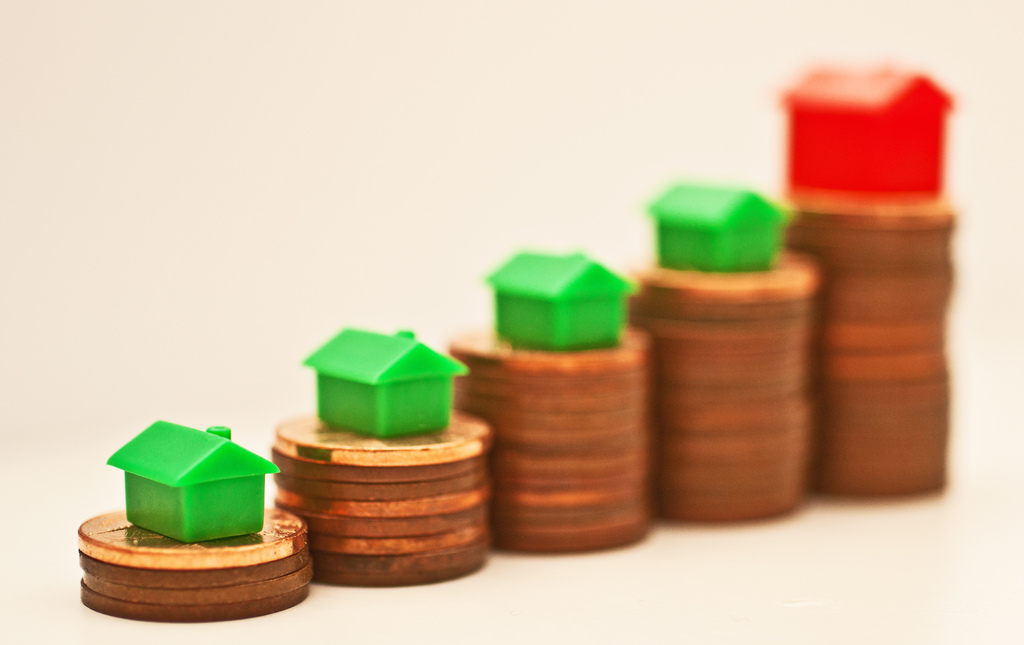 MOST CALIFORNIA HOMEBUYERS SHOULD EXPECT COMPETITION
Inventory shortages have caused bidding wars to rise across the Golden State on both a monthly and yearly basis while holding back pending home sales.

In its latest Pending Home Sales report, the California Association of Realtors says that 75 percent of home sales in the state received multiple offers in February, up from 66 percent in January and 61 percent in February 2015. The average number of offers also increased on a month-over-month and annual basis, to 3.1.

Low inventory helped to push down pending home sales statewide and here in the Bay Area, along with deteriorating affordability conditions and financial-market jitters. California pending home sales declined by 0.4 percent from one year earlier in February, while dropping by 13.6 percent in the Bay Area. Santa Clara County saw a nearly identical decline in pending sales, which fell by 13.5 percent on an annual basis, while they rose by 7.0 percent in San Francisco County.

SAN FRANCISCO’S CHEAPEST (AND PRICIEST) RENTAL MARKETS
Those looking for a new apartment in the nation’s most expensive city for renters should turn to the city’s southern and western neighborhoods if they hope to sock away a few extra down-payment bucks each month.

According to a recent Zumper report, the median rent for a one-bedroom apartment in the City by the Bay was $3,590 in February, up 2.6 percent from the previous month. Two-bedroom units saw prices climb to $4,870, a 3.8 percent monthly increase. Amazingly, both of those numbers are still lower than they were last summer, when rent prices peaked.

So where can a San Francisco renter turn for a little relief? That would be the Outer Mission/Excelsior neighborhoods, where a one-bedroom unit fetches $1,990 per month. Neighboring Bayview is considerably pricier, with a median rent of $2,350, as is the Outer Sunset, at $2,400. But those are among the best prices in the city for renters.

On the other side of the coin is South Beach, the city’s most expensive rental market, where a one-bedroom unit commands $3,920. Perennially prestigious and pricey Russian Hill was close behind at $3,850, followed by Mission Bay at $3,810.

MORTGAGE LENDERS ADJUSTING TO NEW REGULATIONS
The amount of time it takes to close a loan returned to levels recorded last fall, a sign that lenders are getting used to new regulations that took effect in October.

Citing data from Ellie Mae, the National Association of Realtors reports that the average number of days to close a loan dropped to 46 days in February, four days faster than in January.  Close times are now identical to what they were in September and October but still eight days slower than in February 2015.

Meanwhile, more borrowers are getting accepted, with closing rates increasing to 69.9 percent, the highest since Ellie Mae’s Origination Insight Report began tracking that metric in the summer of 2011. The average successful borrower in February had a FICO score of 720, up one point from January but lower than every month in 2015.

HOME-IMPROVEMENT JOBS THAT DON’T PAY OFF
Although an extra, tricked-out bathroom is certain to impress many potential buyers at an open house and could help close a sale, it isn’t likely that the seller will turn a profit in the long run.

According to a Bankrate study, adding a bathroom to a home costs an average of $50,000, only 52 percent of which is typically recouped at the time of sale. While much cheaper, a bathroom renovation doesn’t usually pay big dividends either, netting the seller 58 percent of the job’s $26,000 price tag.