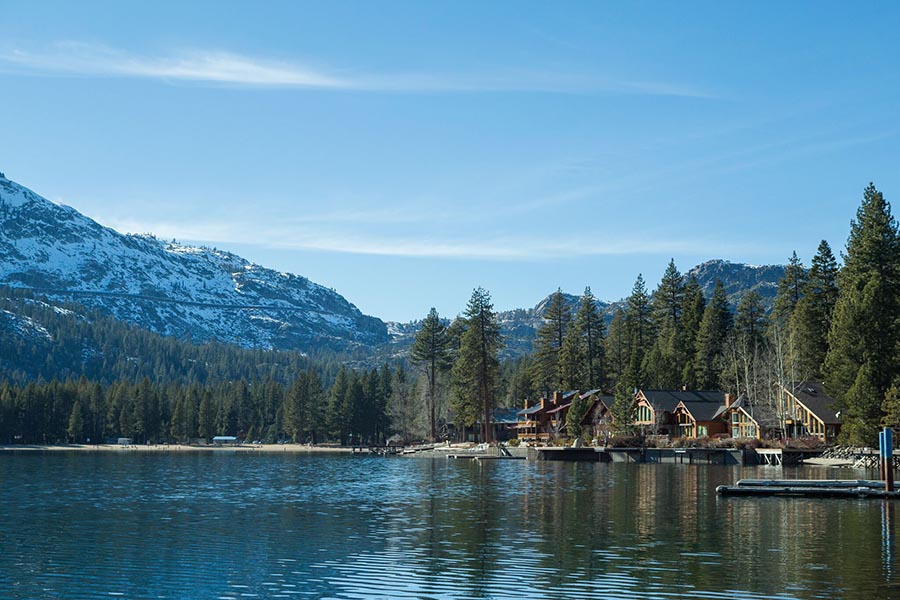 EL DORADO COUNTY RANKS NO. 1 FOR LUXURY HOME SALES GAINS
U.S. luxury home sales have risen by more than 10 percent compared with the year before, with activity in the Lake Tahoe area far exceeding the national rate.

That’s according to a recent analysis by John Burns Real Estate Consulting, which examined sales of $600,000-plus homes over the past year in more than 40 select markets in 16 states. Sales of such homes increased in 37 of the study’s 43 markets, and at all price points from $600,000 to $1.5 million-plus

El Dorado County saw the biggest gain in luxury sales of any county included in the analysis, at more than 50 percent. In neighboring Placer County, which includes Tahoe City, luxury homes sales have increased by 20 percent since December 2015. Luxury sales gains in Alameda and San Francisco counties were closer to the national average.

The analysis counters market sentiment that sales of high-end homes have cooled. Company CEO John Burns points to a slowdown in foreign homebuyer activity and luxury home sales in New York and Florida as a few of the trends driving that misconception, while noting that entry-level home sales are growing at a faster clip than luxury sales.

HOME-FLIPPING PROFITS DECREASE FROM RECORD HIGH
Although still impressive, home-flipping returns cooled in the third quarter – as did flipping activity.

In its latest U.S. Home Flipping Report, ATTOM Data Solutions puts the nationwide average gross flipping profit at $60,800 in the third quarter, down from a historic high of $62,424 reached in the second quarter. On average, home flippers received a return on investment of 47.1 percent of the purchase price, although the report notes that those numbers do not include costs of renovations, mortgage rates, and taxes.

There were a total of 45,718 single-family home and condominium flips in the third quarter, down from the six-year high recorded in the previous quarter, representing 5.1 percent of all transactions. Los Angeles, San Diego, Sacramento, and a handful of Central Valley cities made ATTOM Data Solutions’ list of the 100 most active home-flipping markets, with activity outstripping the national rate.

SMART HOME FEATURES CAN NET HIGHER RENTS
Recent research suggests that buyers are willing to pay premiums for smart-home features, and now another survey confirms that at least some renters feel the same way.

Citing survey results from Wakefield Research and lock manufacturer Schlage, the National Association of Realtors reports that 86 percent of millennials who live in a multifamily building would pay extra for smart-home amenities, compared with 65 percent of baby boomers. One-fifth of millennials surveyed said that they would pay higher rents for a smart apartment, and nearly half would give up a parking space in exchange for high-tech features.

Smart locks and doors are particularly important to millennials, with more than 60 percent reporting that they would rent an apartment specifically for keyless access systems. Nearly half of all survey respondents believe that physical door keys will become obsolete over the next decade.

MORTGAGE RATES RISE AGAIN AHEAD OF FEDERAL RESERVE MEETING
Mortgage rates continued climbing last week, the sixth consecutive week of increases, and it appears near certain that more hikes are on the way

According to Freddie Mac Chief Economist Sean Becketti, the market is expecting interest-rate increases as a result of next week’s Federal Reserve meeting. “As rates continue to climb and the year comes to a close, next week’s FOMC meeting will be the talk of the town, with the markets 94 percent certain of a quarter-point-rate hike,” he said.