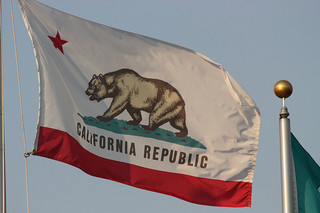 Nationally, home price growth was more modest, with year-over-year gains of 11.8 percent including distressed sales and 10.4 percent excluding them. According to CoreLogic, November marked the 21st straight month of yearly home price increases.

The company predicts that 2013 will be the healthiest year for appreciation since 2005.

SAN FRANCISCO INVENTORY AMONG NATION’S SLIMMEST
In news that will come as little surprise for home shoppers in property-starved San Francisco, inventory in the city took one of the biggest drops in the nation at the end of last year.

According to figures collected by Movoto, San Francisco inventory plummeted 17.3 percent from December 2012 to December 2013, the third largest decline in the U.S. At the same time, inventory just across the bay in Oakland increased by about the same figure: 19.1 percent.

Redfin reports that offers from its customers declined 20.2 percent from November to December, 3.5 percent more than they did during the same time period in 2012. The company speculates that a combination of inventory shortage and rising mortgage rates were the key factors driving 2013’s demand shrinkage.

SOUTH BEACH CONDO MOST EXPENSIVE PER SQUARE FOOT IN SAN FRANCISCO
As we recently reported, San Francisco’s skyline is heading up in the form of high-rise condos, of which buyers cannot seem to get enough. The exceptional demand is also driving prices north, so much so that a South Beach condo boasted the heftiest price per square foot in the city over the past 12 months.

At some point last year, a two-bedroom, 1,600-square foot condo in the Millennium Tower sold for $4.5 million, according to SFGate. That translates to $2,500 per square foot, the highest recorded in San Francisco in the past year.

The priciest total sale in the city was $18 million, which netted the buyer a six-bedroom, 9,000-square-foot mansion in the tony Presidio Heights neighborhood.