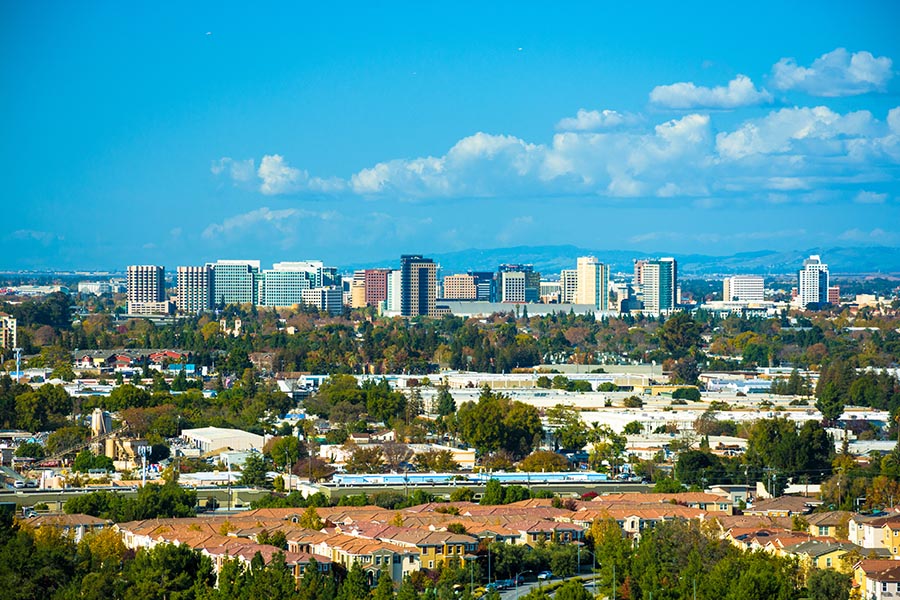 SAN JOSE, SAN FRANCISCO HOUSING MARKETS ARE THE COUNTRY’S MOST RECOVERED
When the Great Recession hit the Bay Area less than a decade ago, it hit hard, as jobs evaporated and home prices plummeted seemingly overnight. But the ensuing tech boom has been a powerful one, propelling the region’s largest cities to the top of a list of the nation’s most-recovered markets.

That’s according to a recent analysis by realtor.com, which examined 150 U.S. housing markets to determine which have best recovered from the recession based on home price growth, new construction, unemployment and foreclosure rates, and household incomes. Nationwide, the median home price hit $227,000 last year, surpassing its previous 2005 peak, and it is now 26 percent higher than the 2011 trough.

Seven of the 10 most-recovered U.S. real estate markets are located west of the Mississippi River, with San Jose in the No. 1 spot. The median home price in San Jose was $835,200 in 2016, up 57 percent from its low five years earlier. Between 2008 and 2009, the unemployment rate skyrocketed by 5 percentage points to 11.1 percent, but Silicon Valley‘s economy was relatively quick to recover, with companies like Tesla Motors and Facebook leading the way.

San Francisco is the nation’s second best-recovered housing market, with the median sales price at $754,500 in 2016, up 53 percent from the 2011 trough. Although San Francisco’s unemployment rate nearly hit 10 percent in 2010, optimistic tech workers rode out the storm, starting companies such as Uber and Pinterest during the economy’s darkest days.

The only other U.S. city to enjoy better postrecession appreciation than the Bay Area is Reno, Nevada, where the median sales price has jumped by 77 percent since bottoming out in 2011.

MOST AMERICANS ARE NOW SMART HOME-SAVVY
Awareness of smart-home technologies has surged in recent years — so much so that most Americans feel that they’ll have a robot in their homes in the not-so-distant future.

A survey by Finn Partners found that 86 percent of U.S. consumers can now confidently recognize a smart home. In 2014, a separate survey revealed that two-thirds of Americans were not familiar with smart-home devices and didn’t know where to purchase them.

Now, nearly 80 percent of those polled think that they’ll be living with a robot in 20 years. Smart home-security features top the list of the most sought-after amenities, cited by 55 percent of respondents, followed by climate-control (44 percent) and lighting (41 percent) systems.

EAST BAY JOB GROWTH TO SLOW IN 2017, FORECAST SAYS
Although job growth in the East Bay is expected to slow this year, the region’s economy should continue to prosper — provided that enough housing is built to accommodate workers.

Citing a Beacon Economics forecast, The Mercury News reports that the East Bay is projected grow jobs by 1.5 percent this year, a significant decline from the 2016 growth rate of 3.1 percent. For the 12-month period ended March, the region grew jobs by 2.8 percent, outpacing San Francisco, San Mateo, and Santa Clara counties.

Beacon Economics’ Christopher Thornberg told The Mercury News that the East Bay’s economic prospects remain robust, noting that slowing growth was normal at this point in the economic cycle. Pacific Union Chief Economist Selma Hepp expressed similar thoughts in a recent analysis of March California and Bay Area job numbers, which puts the number of positions added in the East Bay at 31,400 over the past year.

U.S. FORECLOSURE ACTIVITY IS THE LOWEST IN MORE THAN 11 YEARS
Nationwide, foreclosure activity dipped to a new postrecession low in April, though the number of repeat foreclosures is up, particularly in Southern California.

An ATTOM Data Solutions report says that there were just more than 77,000 foreclosure filings in April, down 23 percent year over year and the fewest since November 2005. In a statement accompanying the report, company Senior Vice President Daren Blomquist attributed the decline largely to the above-average performance of mortgages that have been originated since 2010.

ATTOM Data Solutions now tracks repeat foreclosures — homeowners who have previously been foreclosed on in the past decade — in five large U.S. counties. Los Angeles County has the nation’s second-highest share of repeat foreclosures behind the five New York City boroughs, at 38.9 percent.