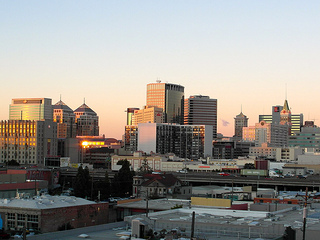 Citing recent data from the U.S. Census Bureau, SFGate reports that Alameda and Placer counties were California’s fastest growing between April 2010 and July 2014, with the population rising by 6.7 percent in both places. Santa Clara County, where the population grew by 6.3 percent, gained the second highest number of new residents in the Bay Area.

Other local counties with healthy population gains include San Francisco and Contra Costa (both up by 5.9 percent) and San Mateo (up by 5.6 percent).

THESE SAN JOSE NEIGHBORHOODS TAKE YOU BACK TO THE ’70S
Even if you didn’t experience the 1970s firsthand, you can still get a taste of them in two San Jose neighborhoods, which have some of the highest concentration of homes built during that decade in the U.S.

According to a recent RealtyTrac report, nearly 87 percent of homes in San Jose’s 95139 ZIP code, located the southern portion of the city, were built in the 1970s, the third highest concentration in the country. In adjacent ZIP code 95119, 70 percent of the homes were constructed during the 1970s, No. 9 in the country.

RealtyTrac says the top 10 neighborhoods for 1970s-era homes are all predictably in areas of the country that came of age during that decade. San Jose was the only city with two ZIP codes in the top 10.

U.S. HOUSING MARKET HEALTHIEST IN NEARLY 15 YEARS
The U.S. housing market is at is healthiest level since the beginning of the century, say new numbers, suggesting that the country is not at risk of a downturn in the near future.

Nationwide’s Health of Housing Markets Report gives the U.S. housing market a health score of 109.8 for the fourth quarter of 2014, the highest level recorded since the study began in 2001. The company explains that the higher the score moves above 100, the lesser the chance that another housing crash will occur.

According to Nationwide, employment, low mortgage rates, and home price growth are helping to propel the country’s housing market. However, the company cautions that strict lending standards are keeping housing activity from reaching its full potential.

BAY AREA OFFICE RENTS RISING FAST THANKS TO TECH
Commercial rents are heading north in areas of the U.S. with a heavy tech-industry presence, and that certainly includes the Bay Area.

The Wall Street Journal reports that office space in the San Jose area now leases for $28.03 per square foot, a 7.2 percent increase over the previous year, the largest such gain in the country. San Francisco saw the third-largest commercial rent hikes in the U.S. – 5.9 percent.

The publication notes that rapidly expanding local tech companies such as Facebook and Uber Technologies are building or leasing more space in anticipation of hiring upticks. Facebook has constructed a new campus in Menlo Park, while Uber has leased an additional 200,000-square-foot space in San Francisco.