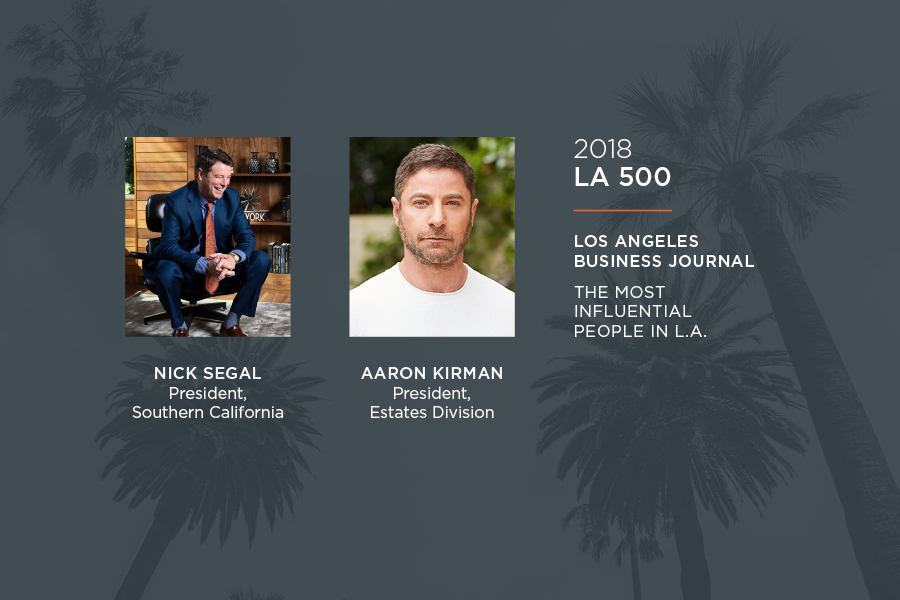 Pacific Union is proud to announce that Nick Segal, president, Southern California and Aaron Kirman president, Estates Division, have been named to the Los Angeles Business Journal LA500, a list of the region’s most influential business leaders in 2018.

Over more than three decades in real estate, Nick Segal developed two real estate companies, DBL and Partners Trust, from the ground up. The firms were later acquired by Sotheby’s and Pacific Union respectively. As CEO of Partners Trust, he was named Realtor of the Year and received the William May Garland Award from the National Association of Realtors. His book, “On Your Terms,” co-written with his wife, Laura Segal, was published in June.

“A great sense of pride surrounds our organization and the recognition of Nick and Aaron as distinguished leaders in the Los Angeles community,” Pacific Union CEO Mark A. McLaughlin says. “Both Nick and Aaron work selflessly to improve the performance of all our real estate professionals.”