“Good fences make good neighbors,” according to the poet Robert Frost, but in fact, most Americans are happy with their neighbors — fence or no fence. 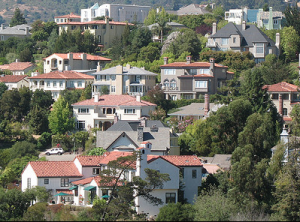 A recent survey by the real estate classified ads website Trulia found that two-thirds of all Americans like their neighbors. And familiarity breeds contentment: 80 percent of people who know their neighbors’ names generally like them.

Comparing suburban residents with city dwellers, folks in the suburbs are much more likely to know their neighbors’ names — 54 percent versus 46 percent — but only slightly more friendly: 68 percent versus 65 percent.

Only 5 percent or respondents say they actively dislike their neighbors, and 61 percent say they would resolve a disagreement by trying to know a neighbor. But watch out for the 4 percent who claim they would get into a fight or an argument!