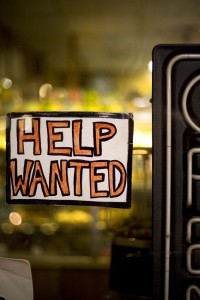 A new jobs report brings more good news for the California economy, which will likely translate into continued improvement in our real estate markets.

April saw a large increase in construction jobs, which are now up by almost 45,000 – representing a 7.7 percent year-over-year increase, the latest report from the state Employment Development Department said. There’s also been a surge in residential permits so far in 2013.

Combined with rising Bay Area home prices, this bodes well for continued robust growth in our real estate markets — plus a promise that new inventory may soon be available. That’s good news for all the eager buyers who have tried, and failed, to win the home of their dreams due to the shortage of properties on the market.

It’ll also bring another boost to the economy through the ancillary benefits of new construction, including home-furnishing sales, increased tax revenue, and local transportation projects, said Stephen Levy, director of the Center for Continuing Study of the California Economy.

“The strong construction reports and the importance of construction for jobs and government revenues adds importance to state and regional efforts to remove barriers to new residential construction,” Levy said.

The report also noted a sharp drop in the number of unemployed residents, down by 303,000 over the past 12 months. Overall, California’s April 2013 unemployment rate dropped to 9 percent, down from 10.7 percent a year ago.

All of Pacific Union’s Bay Area counties posted April unemployment rates far below the California average, with Marin boasting the lowest rate in the state at 4.6 percent.

San Francisco was at 5.4 percent for April, while Napa County came in only slightly higher at 5.9 percent. Sonoma County posted a 6.5 percent unemployment rate, while Contra Costa and Alameda counties were both at 7 percent.

Placer County (in our Tahoe/Truckee region) was at 7.2 percent.