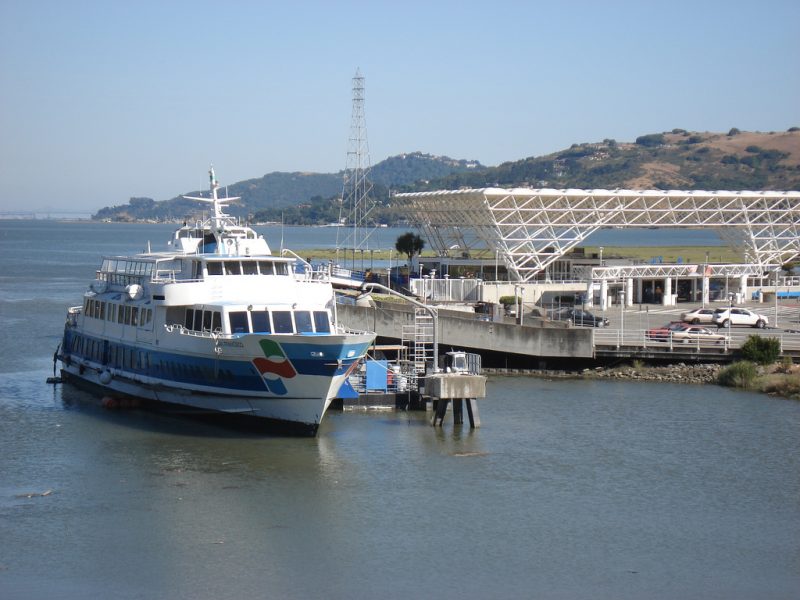 Blessed with an ideal location for commuters and boasting the top-rated schools for which Marin County is known, the small city of Larkspur remains a prime destination for families.

Located about three miles south of the Marin County seat of San Rafael and 12 miles north of the Golden Gate Bridge, Larkspur spans both sides of Corte Madera Creek, which empties into San Francisco Bay. Highway 101 runs through the city of about 12,000 residents, making for a simple commute to San Francisco, while nearby Interstate 580 provides access to East Bay communities.

But perhaps the finest travel option Larkspur residents have at their disposal is the Golden Gate Ferry, undoubtedly one of the most scenic and relaxing commutes in the country. Operating out of the Larkspur Ferry Terminal on the city’s eastern edge, the ferry provides regular weekday service to the San Francisco Ferry Building in about half an hour, passing by Alcatraz and Angel islands and offering spectacular views of the Golden Gate Bridge and the city skyline.

Adjacent to the ferry terminal is Larkspur Landing, an open-air shopping center featuring restaurants and shops as well as a brewery, a fitness center, and a movie theater. More eateries and stores, including a major pharmacy and supermarket, are located in Bon Air Center about a mile west on Sir Francis Drake Boulevard.

But it is Larkspur’s walkable business district along Magnolia Avenue that really gives the community its charming flavor and appeal. This compact strip is where residents come to mingle, shop at locally owned boutiques, and dine at restaurants like Picco, which was named to the San Francisco Chronicle’s 2015 list of the top 100 restaurants in the Bay Area. Also of note is the Lark Theater, a historic, Art Deco, single-screen cinema that locals hold in high regard.

As in many Marin County communities, Larkspur’s top-performing public schools, operated by the Larkspur-Corte Madera School District, are a big draw for families. In 2013, Neil Cummins Elementary School scored a 902 of 1,000 on California’s Academic Performance Index, while Hall Middle School notched a 911.

Families will also appreciate Larkspur’s network of parks, which offer playgrounds, soccer and baseball fields, basketball and tennis courts, and picnic areas. Both King Mountain Open Space and Baltimore Canyon Open Space Preserve are popular with outdoor enthusiasts and are home to miles of hiking and mountain-biking trails and the majestic redwood trees that characterize the Marin County landscape.

Homes in Larkspur range from spacious, brand-new, custom-built properties to smaller bungalow-style residences constructed in the early part of the 20th century. Some homes farther away from the city’s center sit on tree-lined, winding streets, offering a sense of privacy, while those at higher elevations can feature magnificent views of San Francisco Bay. According to MLS data, the median sales price for a single-family home in Larkspur was $1.5 million in November, a year-over-year gain of 13.2 percent.