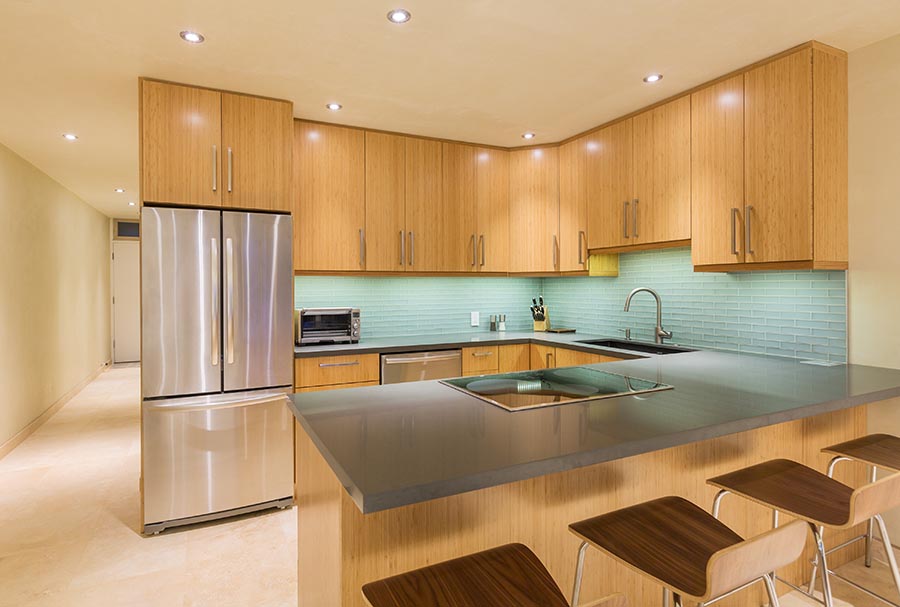 Homeowners who are tackling a few interior remodeling jobs before putting their properties on the market would do well to consider completely overhauling or upgrading their kitchens, the projects that offer the biggest returns on investment at the time of sale.

That’s according to the National Association of Realtors’ 2017 Remodeling Impact Report, which says that a complete kitchen overhaul is the remodeling project that nets the biggest return on investment of the 12 interior home upgrades it tracks. The average U.S. kitchen remodel costs $65,000 and recoups $40,000 at the time of sale, a return on investment of 62 percent. Nearly one in five real estate professionals have recommended that a client completely renovate the kitchen before listing their home, and 14 percent said that doing so directly helped close a sale.

Here in the Bay Area, total kitchen remodels pack even more bang for the buck. Remodeling’s 2017 Cost Vs. Value report puts the average return on investment for a complete kitchen renovation at 106.1 percent in San Francisco and 105.7 percent in San Jose. Totally overhauling a kitchen costs more than $70,000 in both of those metropolitan areas.

NAR’s report says that kitchen upgrades offer the second-largest returns, with the average $35,000 project recovering $20,000 — 57 percent — of its cost. More than half of real estate professionals have advised clients to spruce up their kitchens before putting their homes on the market, and roughly one-quarter said it helped seal the deal.

Overhauling or upgrading a home’s kitchen are also the two interior remodeling jobs that have the most pull with buyers. But even homeowners who aren’t planning a sale anytime soon can benefit from renovating their kitchens in more than just financial ways.

NAR’s report assigns each project a “JoyScore,” a measure of consumers’ happiness with their latest home-renovation project. A complete kitchen overhaul received a perfect 10, with 91 percent of those surveyed saying that a new kitchen made them want to spend more time at home and increased their enjoyment while they were there. Kitchen upgrades netted a JoyScore of 9.6, and 81 percent of homeowners reported that they stay home more often and that the project fills them with a sense of accomplishment.

Finally, consider the health benefits that a new kitchen brings to the table. Earlier this year, Houzz’s 2017 Kitchen Trends Study found that one-third of homeowners who had remodeled their kitchens were healthier after the job was complete.