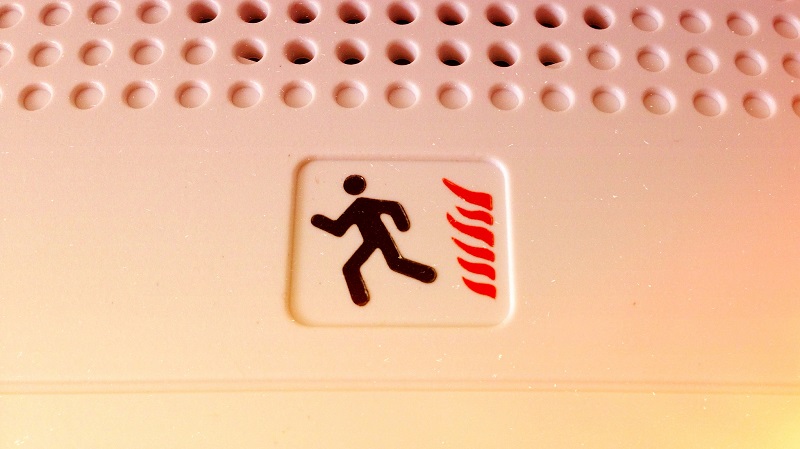 After many years of public-service ad campaigns, it’s probably safe to say that most homes in the Bay Area have smoke alarms installed. Hopefully one on every level and in every bedroom, as recommended, and hopefully they all have fresh batteries to keep them operating.

This is Fire Prevention Week in California and across the nation, and this year’s theme is “Don’t Wait, Check the Date! Replace Smoke Alarms Every 10 Years.”

The California Department of Forestry and Fire Protection points out that 10 years is the typical life expectancy of smoke alarms. Beyond that, the sensors in smoke alarms can begin to lose their sensitivity.

“Far too many homes have smoke alarms that are old or do not function properly,” acting State Fire Marshal Mike Richwine said in a statement. “Take the time to replace any smoke alarms that are 10 years or older, or don’t work properly.  Remember, in the event of a fire, a properly working smoke alarm can save your life.”

To check how old your smoke alarm is, look for the manufacture date on the back of all units in your home.

The year 2016 marks the third in a row that fire-safety officials have used the annual fire-prevention week to drive home the importance of functioning smoke alarms throughout homes. This year’s theme follows the 2015 theme about making sure bedrooms have smoke alarms (“Hear the Beep Where You Sleep”) and the 2014 focus on smoke-alarm testing (“Smoke Alarms Save Lives: Test Yours Every Month”).

Basic smoke alarms start at $15, while devices with added carbon-monoxide detectors cost $35 and up, according to a Consumer Reports buying guide, with newer models offering more features. Interconnected smoke alarms, for example, communicate between devices and provide integrated, whole-house protection. Whether the alarms are hard-wired or connected wirelessly, such a system ensures that all of them will be activated. Consumer Reports notes that some insurance companies offer a 5 percent discount for homes with smoke alarms.

When shopping for smoke alarms, remember that fires burn differently. Some flare, and some smolder. Consumer Reports recommends purchasing a smoke alarm that can detect both types of fires.

Ionization smoke alarms are best at detecting the small particles typical of fast, flaming fires, but Consumer Reports tests found that all such devices tested poorly for detecting smoky, smoldering fires. Ionization devices are prone to false alarms from burned food and steam, so don’t mount them near a kitchen or bathroom.

Photoelectric smoke alarms are best at detecting the large particles typical of smoky, smoldering fires but poor at detecting fast, flaming fires. Photoelectric devices are less prone to false alarms from burned food and steam, so you can install them around the kitchen or bathroom with minimal everyday problems.

Dual-sensor smoke alarms combine ionization and photoelectric technology to save you the hassle of installing two separate smoke detectors.