Americans are currently more optimistic about their personal financial situations than at any time in the past five years, and that positive outlook should help fuel housing activity in 2015, say results from a recent Fannie Mae consumer poll. 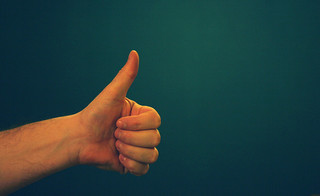 According to the company’s January 2015 National Housing Survey, 48 percent of Americans expect their personal finances to improve in the coming year, the highest level since the poll’s inception. And 29 percent of respondents said that their household income was substantially larger than it was one year ago, also an all-time survey high.

“Consumers are as positive about their personal finances at the start of 2015 as they have been since we launched the National Housing Survey in 2010, and this optimism seems to be spilling over into housing market attitudes,” Fannie Mae Senior Vice President and Chief Economist Doug Duncan said in a statement accompanying the results.

The number of Americans who think it is a good time to sell a home increased to 44 percent, tying the survey’s all-time high. Homebuyer confidence also grew from December to January, with 67 percent of respondents saying that now is a good time to purchase a property.

“Overall, these are good signs to start off 2015 and are consistent with our expectation that strengthening employment and economic activity will boost the speed of the housing recovery,” Duncan said.

Fannie Mae’s findings come on the heels of a very positive U.S. employment report, in which the Department of Labor said that the country added 257,000 jobs in January. According to The Wall Street Journal, the U.S. economy added more than a million positions over the past three months, the best such hiring stretch in nearly 20 years.

Here in the Bay Area, where three of our local counties led California for employment rate in December, job growth is fueling both asking and rental prices, Trulia reports in a blog post.

According to company’s latest Price and Rent Monitor, asking prices for a home in Oakland were up 13.8 percent year over year in January, tied for fourth highest among the country’s 100 largest metro areas. During that same time period, employment in Oakland grew by 2.7 percent. Trulia correlates job growth with healthy home price gains, noting that nine of the 10 metro areas with the largest annual asking price increases saw employment upticks of 2 percent or more.

That trend applies to Bay Area rental markets as well, Trulia’s report shows. In Oakland, rent prices increased by 12.1 percent year over year in January, second highest in the nation. In San Francisco, which saw employment grow by 4.5 percent on an annual basis, rent prices were up 11.6 percent from one year ago, No. 3 in the U.S.