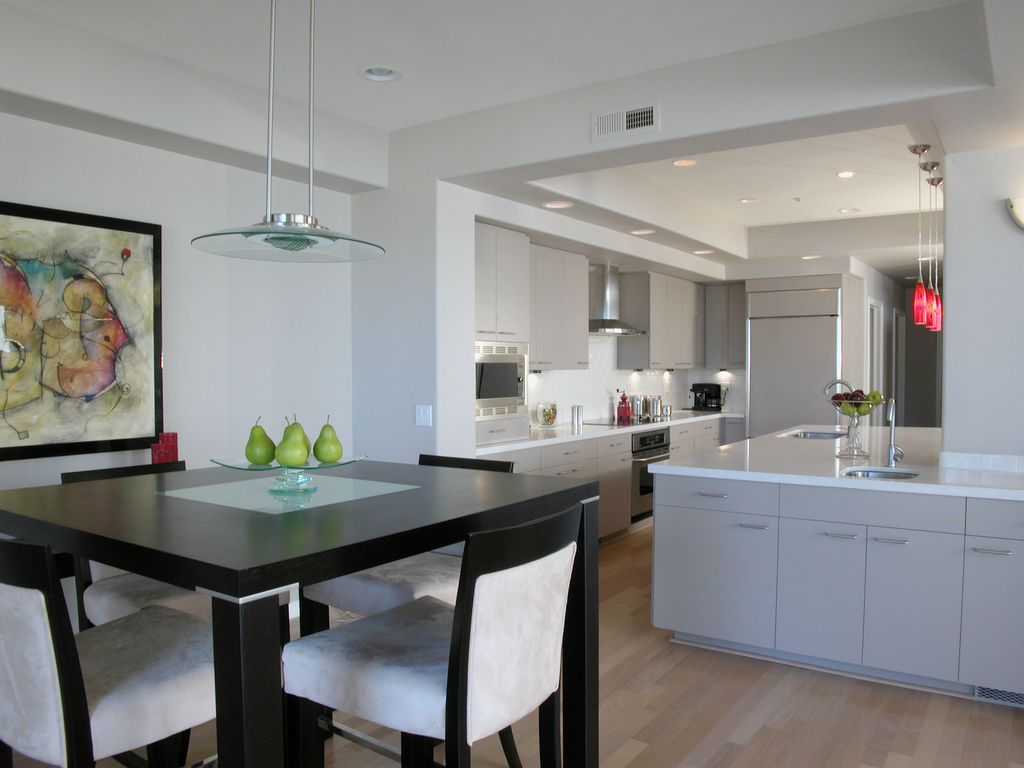 As homeowners spend more time entertaining, socializing, and working in their kitchens, remodelers are finding that their jobs are all about enhancing the flow to both indoor and outdoor spaces.

Almost half of all homeowners who recently renovated their kitchens were motivated by the desire to open it up to surrounding rooms, according to a new survey from Houzz. Eighteen percent were opening their kitchen to outdoor areas, and 66 percent of remodeled kitchens will have some sort of connection to the outside world. That’s a trend that could surely affect kitchen-renovation jobs here in the Bay Area, where a moderate year-round climate promotes an indoor-outdoor lifestyle.

To be sure, food is still the primary purpose of the kitchen, with 98 percent of respondents saying they cook in the new space and 69 percent using it to dine. But leisure wasn’t far behind; 49 percent of homeowners will entertain guests in the renovated kitchen, while 43 percent said that they will use it to socialize. Given those numbers, it’s hardly surprising that more than two-thirds of those polled spend more than three hours a day in their kitchens.

When it comes to optimizing the design of the kitchen, a multipurpose space once again falls near the top of the list, with 40 percent of homeowners reporting that a kitchen that was easy to work, play, and live in was a priority. Thirty-four percent want a kitchen that makes it easy to entertain, and one in five plans to watch television in the new space. Other top additions to promote a leisurely lifestyle include barstools, window coverings, and wall art.

Countertops are by far the most common basic kitchen elements to receive an overhaul, with 93 percent reporting this upgrade. Houzz notes that granite competes with engineered quartzite were among the two most popular material choices for countertops, particularly in Western states.

Improved faucets, sinks, backsplashes, lighting, cabinets, and appliances were in the project plans for more than 80 percent of kitchen renovations. Dishwashers, microwaves, and refrigerators were the most likely appliances to be replaced, and 75 percent of homeowners opted for stainless-steel ones.

If a kitchen renovation is on your list of home-improvement projects this year, make sure that you have realistic cost expectations; one-third of homeowners spent between $25,000 and $50,000, and an additional one-third spent in excess of $50,000. And since the average American only upgrades their kitchen once every 16 years, consider going with the majority and sticking to classic colors like beige, white, grey, and natural wood.