Homeowners take heed: Filing a single property claim with your insurance carrier can drive your premiums higher than you might guess. 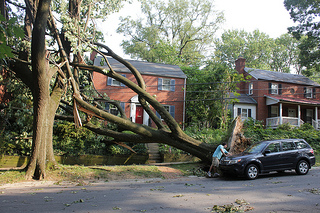 Homeowners across the country who file a claim for any reason can expect their premiums to rise an average of 9 percent, according to a report by insuranceQuotes.com. Those who make a second claim will fork over an average of 20 percent extra.

California homeowners take an even bigger hit, with premiums increasing an average of 18 percent after a single claim, the fifth highest rate in the U.S.

“Homeowners need to be really careful when filing claims,” InsuranceQuotes.com Senior Analyst Laura Adams said in a statement accompanying the report. “Even a denied claim can cause your premium to go up. Make sure to know your policy’s specific guidelines and only file a claim when absolutely necessary. Winning a small claim could actually cost you money in the long run.”

Some types of claims are more expensive than others. Nationally, the priciest are liability claims. A single liability claim, such as one resulting from a personal injury, causes premiums to rise by an average of 14 percent, followed closely by theft, vandalism, and fire claims. Medical claims see the smallest increase — 2 percent, on average.

Nationwide, home insurance costs an average of $978 per year, the National Association of Insurance Commissioners says, so a single liability claim could cause annual premiums to increase an average of $137.

CNNMoney reports that it can be difficult to get insurance premiums lowered once claims have been filed. The main culprit is the Comprehensive Loss Underwriting Exchange, a database that enables insurers to research any auto- and property-insurance claims a consumer has filed in the past seven years. Since all insurers have access to the database, homeowners’ rates may remain elevated even if they switch providers.

Tip: Check out the Home Insurance page at InsuranceQuotes.com for more information on insurance rates, claims, and incidences of property damage. And for help finding the insurance plan that’s best for you, contact Pacific Union’s joint-venture partner ProInsurance.