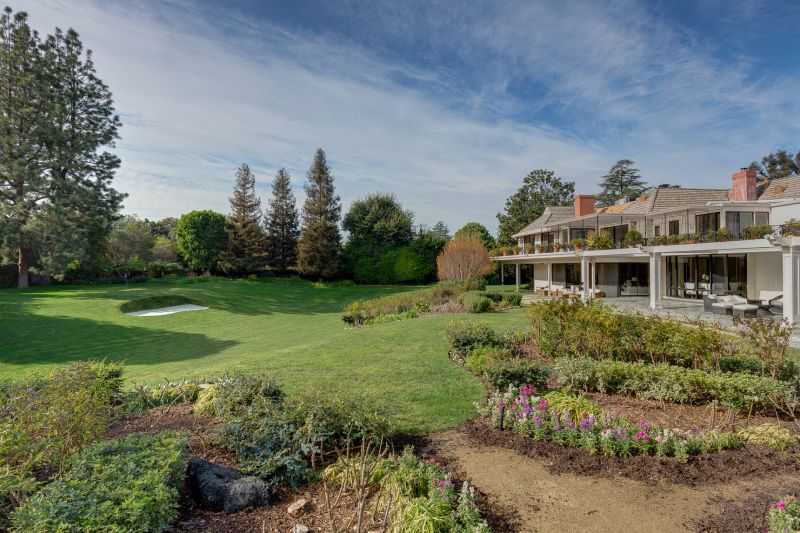 One of Los Angeles’ most iconic properties, the 5.21-acre Bob and Dolores Hope Estate in Toluca Lake, has been sold by Craig Strong of Pacific Union. In keeping with Dolores Hope’s Will, all proceeds from the sale will go to the Bob & Dolores Hope Foundation, a notable charity founded by the Hope family. Strong, who was recently named to Variety magazine’s Los Angeles Showbiz Real Estate Elite and has been recognized by The Wall Street Journal year after year for closing more than $100 million in sales annually, negotiated the sale of the landmark property to businessman Ron Burkle.

Strong first listed the Bob and Dolores Estate in 2016 and worked diligently alongside Hope’s daughter Linda to find the right buyer for this significant property, which served as the home and estate of one of America’s most celebrated entertainers. Several serious offers from developers that were considerably higher than the sale price were turned down over the years, as it was important for both Strong and Hope’s family that the ultimate buyer was interested in preserving the main Hope residence and committed to reducing potential future development on the rest of the property.

The centerpiece of the property is the English traditional-style main residence that was originally built in 1939 by architect Richard Finkelhor, who also designed estates for Barbara Stanwyck and Harpo Marx. In the 1950s, famed Hollywood architect John Elgin Woolf—the go-to designer for Cary Grant, Errol Flynn, and Katharine Hepburn, among other Hollywood royalty—expanded the property to host a nearly 15,000-square-foot home. The main residence is accompanied by a two-bedroom guesthouse and separate staff quarters and offices.

This purchase makes Burkle the owner of two Hope Estates, the other being Hope’s modernist home in Palm Springs that was designed and built by architect John Lautner in 1979 and purchased in 2016. Frank Quintero, a spokesman for Mr. Burkle, told The Wall Street Journal, “Mr. Burkle loves the Hope family and viewed his most recent Hope purchase as a good opportunity to save the house.”