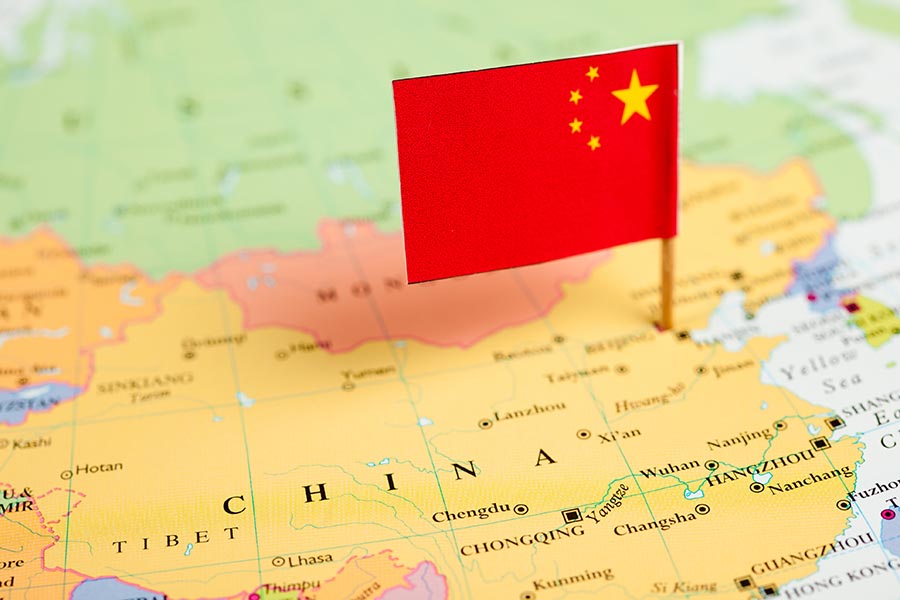 Chinese nationals have accounted for an increasingly larger share of international buyers of U.S. residential properties in recent years. According to the National Association of Realtors’ 2017 Profile of International Activity in U.S. Residential Real Estate, China “maintained its top positon in sales dollar volume for the fourth year straight,” investing about $31.7 billion by purchasing about 40,572 properties during the 12-month period between April 2016 and March 2017.

Furthermore, 12 percent of international buying activity occurred in California, which is also one of the primary destinations for Chinese buyers. The California Association of Realtors’ 2016 Housing Market Survey says that Chinese buyers comprised the largest group of international buyers, at 53 percent. Note, however, that CAR’s international numbers constitute nonresident buyers, while NAR’s survey encompasses both nonresidents and recent resident foreigners (for instance, those that already resided in the U.S. prior to the purchase of a property).

Nevertheless, according to the same CAR survey, the share of international buyers declined from 6 percent in 2014 to about 3 percent in 2016, and based on some recent Pacific Union data, that share may slide lower in 2017.

In fact, overall overseas investment by Chinese individuals and companies has declined by about 40 percent year to date in 2017 compared with the same period in 2016. Granted, 2016 was the peak year for Chinese investment, at almost $250 billion, thus the current decline still leaves investment at one of the highest levels in history. Large sectors that showed notable declines over the last year include chemicals, utilities, logistics, Internet, and software. By contrast, property investment, which includes lodging, commercial and residential real estate, and REITs, has accelerated at an incredible pace over the last few years, increasing from $2.3 billion in 2013 to $33.1 billion so far in 2017, with no slowdown from last year.

It is likely that accelerated investment in “trophy” properties abroad, as well as more recent interests in film, entertainment, and sports companies, caused the Chinese government to formally subject these investments to restrictions. On Friday, Aug. 18, the Chinese government formalized rules on overseas investments that have informally been in place for the last couple of years. Following the increasing outflow of capital, formalized rules are intended to curb what the government calls “irrational” acquisitions of assets in industries ranging from real estate to entertainment. On the other hand, investments that further the Belt and Road Initiative — which promotes connectivity and cooperation with other Asian and European counties and enhances China’s technical standards, research and development, oil and mining exploration, agriculture, and fishing — are formally encouraged. Also, now formally banned industries include core military technology, gambling, adult entertainment, and investments contrary to national security.

The Chinese government seems to be concerned with the impact of accelerated capital outflow on the country’s currency and potential risks to the financial sector, particularly due to possible investment losses and the financial risks of trophy assets. Lenders now must provide loan information on the largest overseas investors, and China is examining potential risks to the financial sector for deals that have gone wrong. Generally, with the Communist party leadership transition later this year, the government wants a better record of potential risks and challenges in overseas investments. The implementation of new controls that started last year has already helped stabilize China’s capital account and foreign-exchange reserves, and consequently, the yuan has been devalued.

The new formalized policy does not appear to specify any additional restrictions on individuals, however there is some ambiguity over who is specifically being targeted — individuals or companies — and how formalized rules may impact Chinese investment in the U.S. For individual investors, the currency-transfer cap has been in place for some time, which is to some extent reflected in declining activity by Chinese homebuyers in California over the last few years. However, it is not clear that further declines are on the way. In fact, experts such as David Kaufman from global law firm Nixon Peabody believe that in the long run, U.S. residential and commercial real estate will remain an important asset class for Chinese investors. Other experts also suggest that following a period of adjustment, Chinese investment in U.S. properties will resume.

So, what does this mean for Chinese buyers of California real estate?

The annual transfer cap of $50,000 per person has been in place for several years now. But it appears that there is now also a $10,000 daily maximum for foreign exchanges. Individuals making an exchange must fill out a form stating the purpose of the exchange and basically sign a pledge that the money will not be used for offshore property investment. Violators will be added to a government watch list, denied access to foreign currency for three years, and subjected to money-laundering investigations.

While this does not bode well for Chinese buyers, they have always been nimble at finding ways around the rules. Also, banks have been willing to offer affluent individuals friendly advice and a helping hand. But other investors have found ways around the rules, including “smurfing,” a process in which a large amount of money is broken down into smaller numbers to evade regulatory flags. To circumvent the regulations, people transfer money using friends, family, or even strangers. After the money is wired by individuals, it is assembled in an overseas bank as a single account. But while this was formally a fully legal process, the Chinese government is trying to curb it. Another relatively easy way that Chinese nationals transfer money is via Hong Kong, which is not subject to the same regulations as mainland China.

The Chinese middle class, both in China and in the U.S., stands to lose the most by potential further restrictions on individual investments. Wealthy buyers have routinely found ways of investing abroad via corporate assets and access to sophisticated market tools, and that will not change. On the other hand, many Chinese buyers who already live and work in the U.S. rely on money from China for a down payment or to purchase a home, and that group may be impacted the most.

What does a profile of a recent Chinese buyer in the Bay Area look like? Pacific Union collects transaction data, and while the sample of international buyers is rather small and may not be statistically significant, it is worth examining. Among Chinese buyers, the majority of whom bought in Silicon Valley, 86 percent purchased properties with all cash compared with 32 percent of other international buyers who made all-cash purchases. Also, Chinese buyers generally purchased more expensive homes, with a median sales price of $2.1 million compared with $1.275 million spent by other foreign buyers.

In summary, it is still unclear what and if any impacts the U.S. and California housing markets will feel following the formalization of Chinese capital-outflow rules. Buyers who rely on money coming from China will face more hurdles, which may discourage them from moving forward with a purchase. However, in the Bay Area’s competitive homebuying environment, which is exacerbated by a slim supply of homes for sale, there may be no notable impacts.