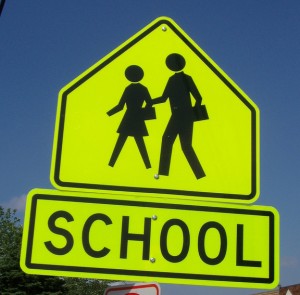 School-district boundaries are an important consideration for most homebuyers — so important, in fact, that 54 percent of people who plan to buy a home within the next two years said they would be willing to pay from 1 to 20 percent over their budget to purchase in a desirable school district.

Most buyers said they would be willing to live without a variety of home and neighborhood amenities in order to be close to the right schools. For instance, 62 percent would do without a pool, 51 percent would forego easy access to shopping, 44 percent would give up a bonus room, and 42  percent would consent to live farther from parks and trails.

Also, 17 percent of buyers said they want to live within a mile of school so their children could walk to class.

Schools have long been an important part of the homebuying decision-making process in the Bay Area. Our region has some of the highest-rated schools in California, and it’s not uncommon for area homebuyers  to walk away from otherwise outstanding properties because they fall outside of a preferred school or district boundary.

Recently, we reported on a San Francisco Chronicle article that found Peninsula buyers regularly pay more than $200,000 extra for homes in neighborhoods with high-performing schools.