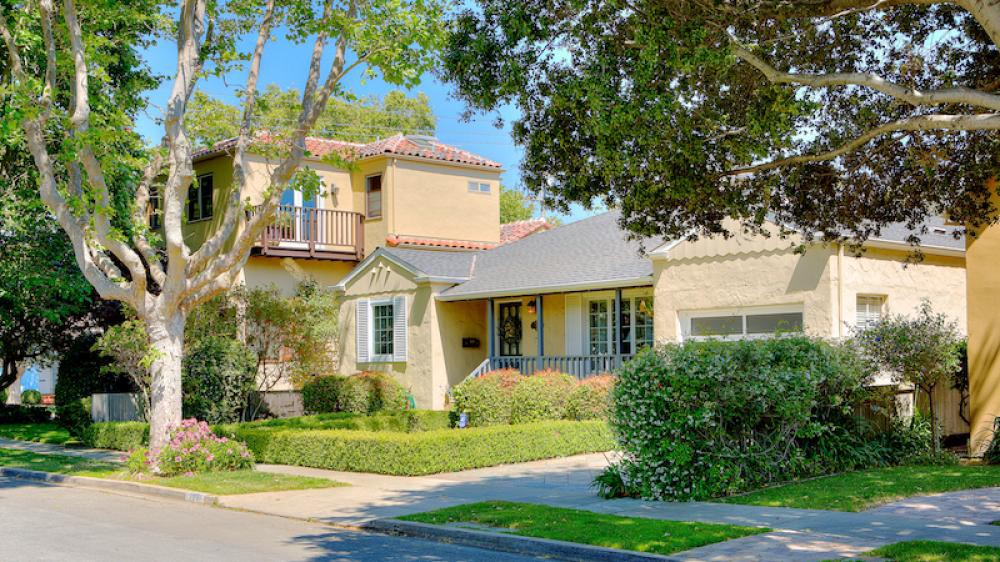 Conveniently located a short stroll from Burlingame‘s primary business district, as well as parks, transportation, and schools, Burlingables is currently one of the city’s most sought-after enclaves. And due to a slim supply of homes on the market, sellers in the neighborhood have been doing quite well for themselves over the past two years.

Located in the southern portion of the city, Burlingables is bounded by Oak Grove Avenue, California Drive, Burlingame Avenue, and Highway 101. In addition to quick freeway access, residents can stroll to the Burlingame Caltrain station, convenient for those who commute to downtown San Francisco or farther south in major Silicon Valley job centers.

Also within walking distance of Burlingables is the city’s primary business district, centered around Burlingame Avenue and Primrose Road. This vibrant strip is home to dozens of local shops and restaurants of all types, including a branch of Bay Area favorite Pizzeria Delfina. Burlingame Avenue also has a major supermarket and pharmacy, as well as a few other chain retailers.

Families will appreciate Burlingables’ proximity to Washington Elementary School and Burlingame High School, both walkable for students. Adjacent to the high school is Washington Park — the city’s oldest — with a playground, tennis courts, baseball fields and picnic areas. Also nearby is the Burlingame Recreation Center, which offers dozens of classes and activities for children and adults, while the Burlingame Aquatic Club operates a swim team and gives lessons.

Despite its location near Burlingame’s busy heart, Burlingables’ leafy streets enhance its mellow, suburban atmosphere. Homes in the neighborhood range from those constructed in the middle of the 20th century to newly built, custom properties.

Both because of its small size and desirability, only one or two homes in the neighborhood hit the market in any given month. According to MLS data, 11 single-family homes changed hands in Burlingables between February 2015 and February 2016.

Due to supply constraints, neighborhood homes typically sell for above asking price — in fact, every single home sold in the past two years has involved a buyer paying a premium. The most recent home sold in Burlingables in December 2015 fetched 114 percent of original price and set a neighborhood record for price per square foot, at $1,186. Sales prices in the neighborhood generally range from $1.5 million to $2.2 million-plus.