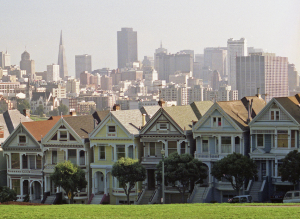 “The U.S. housing market has clearly shifted to recovery mode over the past 18 months, with home prices consistently rising and foreclosures falling closer to pre-housing bubble levels,” said RealtyTrac Vice President Daren Blomquist, in a statement.

“Still, symptoms of the distress that plagued the housing market over the past seven years continue to linger, particularly in the form of a high percentage of underwater borrowers and distressed sales,” Blomquist said. “This lingering distress is creating an uneven pace of recovery across different local markets.”

Underwater homes in the Bay Area accounted for 17 percent of all homes with mortgages, compared with 26 percent nationwide, and the unemployment rate here was 6.5 percent, compared with the 7.6 percent U.S. average.