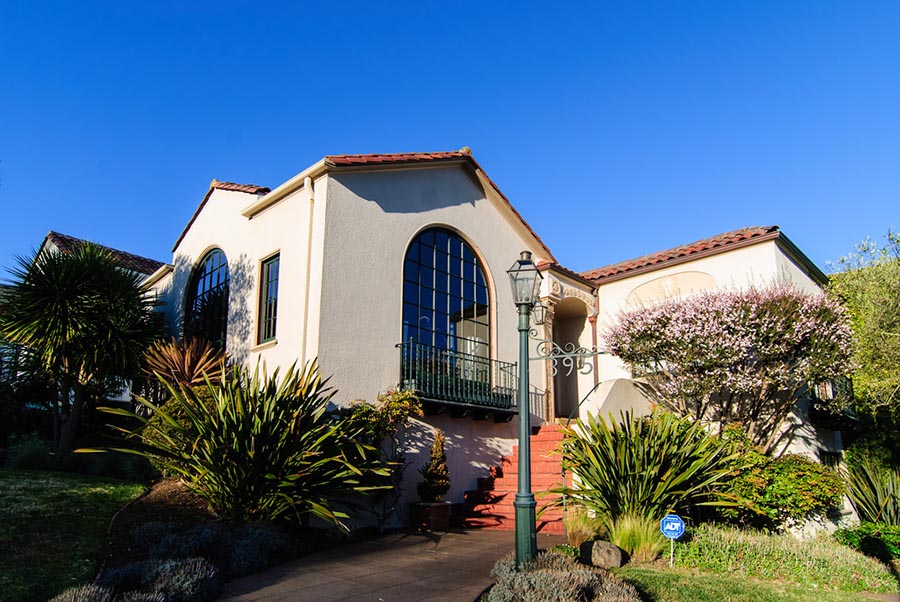 This is the fourth installment in a series of bimonthly posts about architecture styles, each dedicated to a popular home type that can be found in the Bay Area.

The easy, breezy, beautiful Mediterranean-inspired home can be found all over California. This architecture style peaked in popularity in the 1920s and 1930s, then saw a revival in the 1960s.

“Spanish-inspired homes built in the first decades of the 20th century are usually described as Spanish Colonial Revival, suggesting that they borrow ideas from early settlers,” architecture expert Jackie Craven writes. “However, these homes might also be called … Mediterranean. And, because these homes often combine many different styles, some use the term Spanish Eclectic.”

The Mediterranean home is meant to stay cool and breezy in warm, sunny environments. Because of this attribute, this home style is popular in states like California and Florida. The home often features high ceilings, open floor plans, many windows, and access to various outdoor spaces. Ornate wrought iron is often an element of balconies, and lush gardens are a popular addition.

Interiorwise, the walls are most often painted white or a bright but neutral color, giving the home an earthy and natural feel. For more information about the design aesthetic, check out this HGTV page about Mediterranean Style 101. If its photos you’d like, head over to Pinterest to see an entire board called Luxury Mediterranean Homes. And check out Houzz to see thousands of Mediterranean exterior design photos as well as Spanish Mediterranean home design photos.

This style was used in hotels, apartments buildings, and commercial structures as well. A grand example is the Dolce Hayes Mansion in San Jose. This resort hotel was actually built in 1905 and is a California Historical Landmark that can be found on the National Register of Historic Places. The 41,000-square-foot villa features exquisite stained-glass windows, imported marble, and exotic wood.

If you are lucky enough to live in a Mediterranean, ¡qué bueno! And, if you are on the hunt for your dream villa, bonne chance!