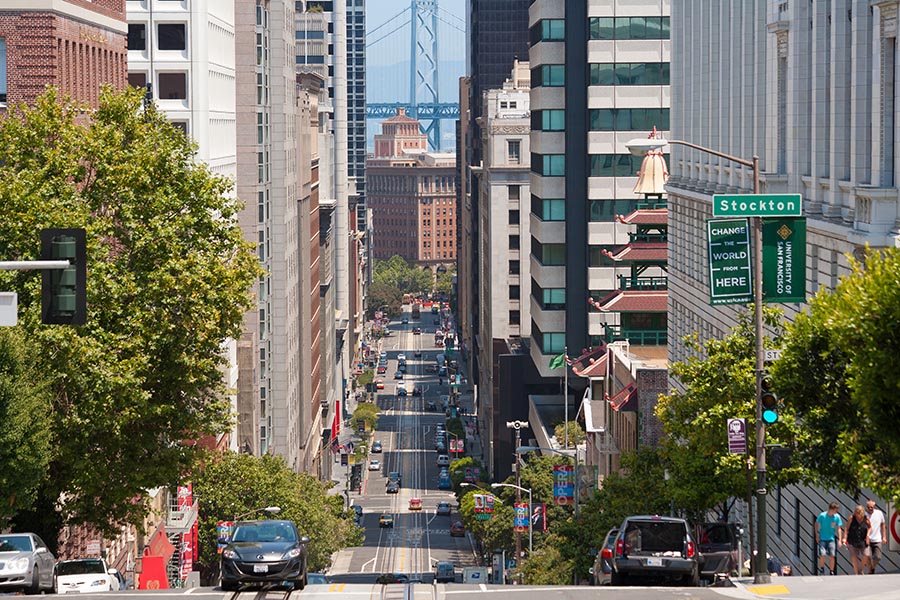 Although a few California cities dropped off the list of the nation’s most sought-after real estate markets from March to April, Bay Area cities remain of keen interest to homebuyers, with the San Francisco metro area again locking down the top spot.

That’s according to the latest monthly analysis of the nation’s 20 hottest real estate markets by Realtor.com, which ranks cities based on number of views on its website and the quickest pace of sales. Homes in these areas typically see two to three times more listing views than the national average and can sell up to 45 days quicker.

For the sixth straight month, Realtor.com named the San Francisco metro area, which includes surrounding cities such as Berkeley and Hayward, the country’s hottest real estate market in April. The median-priced $849,950 home in the region sold in an average of 25 days, one day more than in March but still the second fastest pace of sales of the 20 markets included in the analysis.

Home shopper interest in the Vallejo metro area — relatively affordable by Bay Area standards at just less than $400,000 — continued in April, as the city again held down the No. 2 position on the hot-markets list. Homes in Vallejo sold in an average of 32 days, almost a week quicker than they did in March.

Santa Rosa moved up the list three spots from last month to No. 4, with the median-priced $695,000 home moving in 35 days. San Jose ranked No. 5 and is still the most expensive and fastest-moving market on the list; homes there sold in an average of 23 days and listed for $988,000.

Six other California cities held their ground among the nation’s hottest: Santa Cruz (No. 7), Sacramento (No. 8), San Diego (No. 13), Stockton (No. 14), Oxnard (No. 18), and Modesto (No. 19). Los Angeles, San Luis Obispo, and Eureka dropped off the list from March, replaced by Midwestern cities including Ann Arbor, Michigan; Columbus, Ohio; Fort Wayne, Indiana; and Sioux City, Iowa.

According to Realtor.com Chief Economist Jonathan Smoke, the resurgence of homebuyer interest in the heartland is a sign of broad recovery for the country’s housing market. “When Columbus, OH, is the 10th hottest market in the country, you know that the Midwest — and the U.S. overall — is back and doing well,” he wrote.