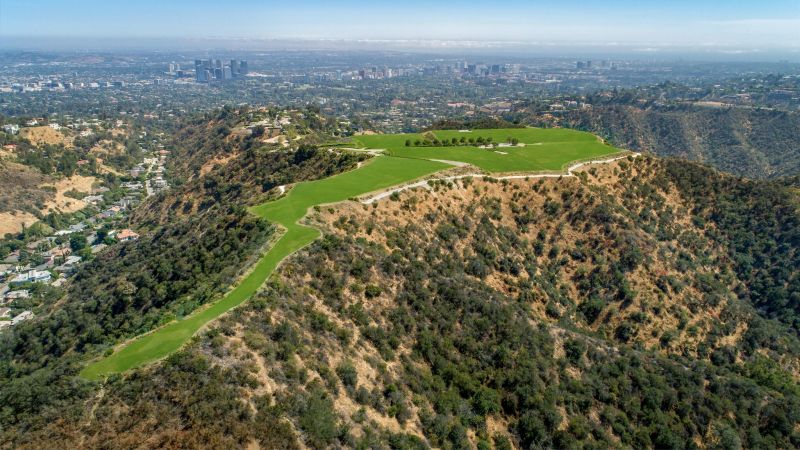 Set high atop Beverly Hills amongst an astounding 157 acres lies the highest priced residential listing in America. Listed with Aaron Kirman, President of the Estates Division at Pacific Union International and founder of Aaron Kirman Partners, The Mountain on Beverly Hills is offered at a record-setting price of $1 billion. Complete with ready-to-build lots that can feature structures up to 500,000 square feet each—all with entirely unrivaled and panoramic vistas stretching from DTLA to the coastline—The Mountain presents an incredibly rare opportunity to realize an extraordinary architectural compound.

As a prominent figure in the luxury real estate market—both locally and globally—Aaron has received international acclaim for record setting sales across Los Angeles. That being said, The Mountain will place Aaron within an entirely new and prodigious realm of home selling.
With his extensive client base that includes industry leaders, celebrities, royalty, major lending institutions and foreign investors, Aaron is poised to market and sell the $1 billion property as best as he knows how—which means traveling the world to meet prospects yearning to make a grand entrance into Los Angeles society.

In recent interviews with Forbes, The New York Times and Los Angeles Times, Aaron gives meaning to an otherwise unbelievable face value. Aaron has narrowed down his database of slightly more than 2,000 global billionaires to 100 who would be interested in and can afford the property—half of which are already his current clients. The Mountain presents interested buyers a unique opportunity to claim ownership of the largest property at the highest point in all of Los Angeles, all while establishing his or her own legacy on an estate that traces back to A-list celebrities, moguls and international royalty.
As Aaron shared with Keith Flamer of Forbes, “If the buyer wants to build a theme park as massive as Disneyland, they can, with over 100 acres to spare. You can truly create your own kingdom.” The buyer will be permitted to build structures up to 48 feet in height by virtue of a vested grandfather clause, all while boasting a private road and helicopter accessibility. This is a crown jewel, as Aaron puts it—and deservedly so.

“Aaron’s client commitment and pursuit of excellence has allowed him to exceed all expectations once again,” says Pacific Union CEO, Mark A. McLaughlin. “The dynamic marketing campaign he is developing will truly take Beverly Hills Mountain to every corner of the world to attract the needle-in-the-haystack buyer of this extraordinary acreage.”
Nick Segal, Pacific Union President of Southern California, continues: “The Mountain is the most prominent offering within the entire ultra luxury global estate landscape available today. Through his dedicated and exceptional talents, Aaron earned the prestigious honor to represent this exquisite property. As a company, Pacific Union International is aligned with Aaron to deliver the execution strategy that will produce a phenomenal result.”
Congratulations Aaron on a truly astonishing feat.

Tour the most expensive estate in America from CNBC.