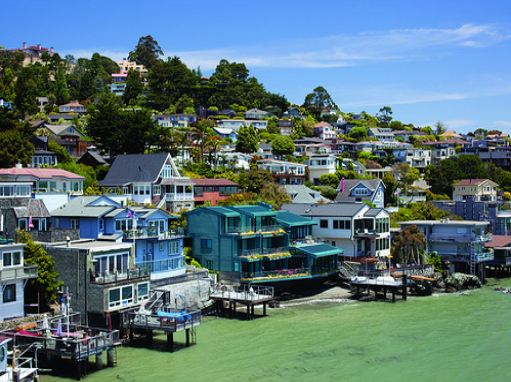 Not one, but three Marin County towns have been named to an exclusive list of America’s Happiest Seaside Towns.

Sausalito, Tiburon, and Stinson Beach are among 15 waterfront oases featured by Coastal Living magazine on its website. All three are praised for their lush surroundings, casual lifestyle, and attractrive streetscapes.

Coastal Living said it made its selection after ranking a wide mix of nominees according to the Gallup-Healthways Well-Being Index, percentage of sunny days, healthiness of beaches, walkability, school ratings, crime data, and other criteria.

It’s no secret to us in the Bay Area that Marin County’s coastal towns are world-class treasures, but it’s good to see the word get out. And it’s not just the coastal towns that have been getting attention lately. Last month, Smithsonian magazine put Mill Valley on its list of the 20 Best Small Towns in America, and researchers at the University of Washington found that Marin County men live longer than in any other county in the United States.