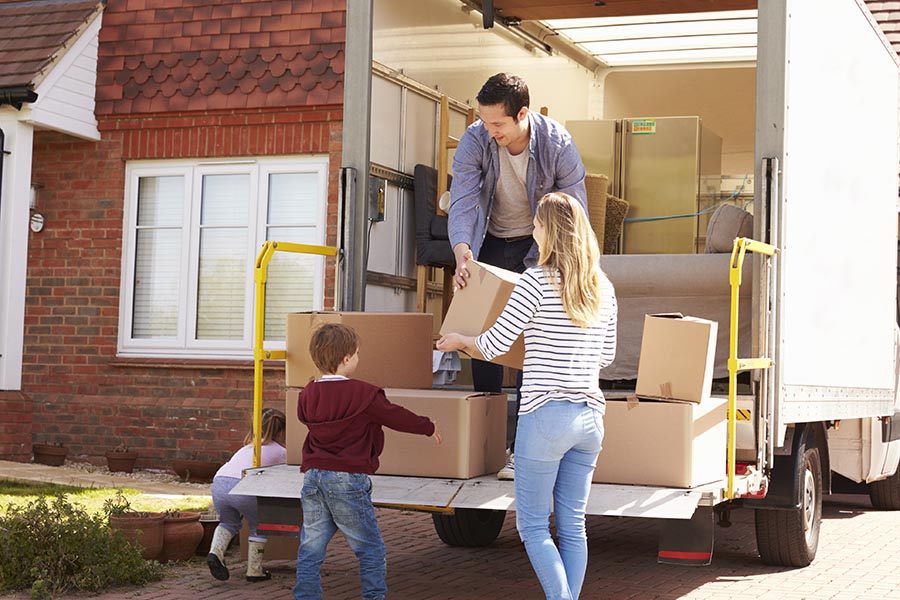 A lack of homes for sale is the Achilles’ heel of Bay Area housing markets. Industry experts and economists have consistently discussed falling inventory levels since 2012, when most of the region’s distressed inventory was absorbed. Since then, inventory levels, while fluctuating, have been on an almost constant decline. Over the last year, the monthly year-over-year supply decrease averaged 7 percent in the Bay Area. More importantly, affordable homes are disappearing at double that rate.

The are several reasons for falling inventory levels, first and foremost an insufficient level of new construction to accommodate the population growth that the Bay Area has experienced over the last few decades. But more recently, existing homeowners are not moving as frequently as they once did. In general, economists examining national trends have found that people are moving at a slower rate than they previously did. According to survey results from the California Association of Realtors, the median tenure of ownership for recent home sellers in California has increased to 10 years from the historical five- to seven-year average. Consequently, the turnover rate of the existing housing stock, or the share of existing homes that change hands in a given year, has been declining in California since the 1970s.

So why aren’t California homeowners selling their properties as often as they once did?

Most reasons are related to tax laws and affordability. Proposition 13 ensures that existing homeowners are protected against the impact of major home price increases on their property-tax bills, which to some degree discourages them from selling. And the more time that passes and the more home prices rise, existing homeowners have less incentive to move. And there are capital-gains bills that homeowners face at the time of sale. If a couple sells their home for more than $500,000 than they paid for it, any profits above $500,000 are taxed. And given that the median home price in the Bay Area has appreciated by about 300 percent since 1990, most potential sellers would incur a hefty tax bill.

In terms of affordability, again, prices have risen considerably. Also, if an existing homeowner managed to lock in the historically low mortgage rates that have been available for the last several years, that also makes selling a less attractive option. Homeowners might also wonder where they would buy a property in an inventory-constrained environment, what they could afford, and whether they could quality for a mortgage again.

To understand who current sellers are and their motivations, we dug into Pacific Union data on more than 5,000 transactions conducted over the last year.

Generally, about eight in 10 Bay Area sellers were individuals, couples, or revocable family trusts. In addition, 8 percent of sellers were either businesses, investors, construction firms, development groups, or a trust representing a group (other than a family or couple). About 4 percent were some other legal or financial entity. In the Lake Tahoe region, a legal or financial entity represented a much larger share of sellers — 14 percent.

Most sellers liquidated their primary residences. However, a solid share of sales were investment and/or rental properties, particularly in San Francisco, where two in 10 sales fell into those categories. Napa County had the largest share of Bay Area sales that were previously vacation or second homes. As expected, the Lake Tahoe region had the highest share of sales that were vacation or second homes. Figure 1 summarizes the actual use of property by the seller. In terms of sales of parents’ homes, those transactions were the most common in the East Bay, at 5 percent, followed by Contra Costa and Napa counties at 4 percent. Also, Silicon Valley had a relatively higher share of flippers than the rest of the region.

Figure 2 summarizes the length of ownership in Bay Area counties and the Lake Tahoe region. Most frequently, about one-quarter of recent sellers owned the home between 10 and 20 years. San Francisco is an exception, where the most frequent length of ownership was between five and 10 years. Still, about two in 10 sellers had owned the home for more than 20 years, with higher shares in Silicon Valley and the East Bay. Contra Costa County was more likely to see recent buyers resell their homes, with 19 percent of sellers owning the home for less than two years.

Additionally, given the length-of-ownership trends, it is not surprising that more than 50 percent of sellers in the Bay Area were older than 55. Silicon Valley had somewhat younger sellers, with about 50 percent between the age of 46 and 55.

Perhaps the most interesting question: Why do Bay Area owners sell? While most likely all sellers wanted to get the highest price for their home, there were other motivating factors.

Getting the highest price for a home was most important for owners in the East Bay, Contra Costa County, Marin County, and Silicon Valley, while San Francisco sellers were equally likely to want a different location. In Napa County and the Lake Tahoe region, sellers were most likely liquidating an investment property. IRS Section 1031 exchanges were more likely in San Francisco and Silicon Valley than in other regions, though they comprised only 3 percent of sellers’ reasons. As anticipated, a change in family status, such as marriage, divorce, or the birth of a child, which often trigger people to move, ranks second to getting the highest home price.

Nevertheless, there are interesting differences in seller motivation between higher-priced homes and lower-priced ones. Figures 3 and 4 summarize the top reasons for selling for sellers of homes priced below $2 million and sellers of homes priced above $2 million. For lower-priced homeowners, getting the most money topped the list, with changes in family status an equal driver. Sellers of higher-priced homes were the most interested in downsizing and getting the highest possible price. But while an equal share of all sellers wanted a better or other location, lower-priced sellers were almost twice as likely to liquidate an investment property.

Furthermore, while downsizing and retirement are two separate reasons, they are often concurrent events. Thus when combined, the two reasons were the most prevalent regardless of the price range. That is also consistent with the predominant share of sellers being older than 55.

Figure 3: Sellers’ reason to sell of homes priced under $2 million

Most stay in California, but those that leave seem to be driven by affordability reasons. Figure 5 summarizes the share of sellers that stay in California after a sale, as well as top the top five other destination states. East Bay sellers were the most likely to move out of state following a sale, with Oregon being the top destination. Oregon ranks as the top out-of-state destination for Contra Costa County, San Francisco, Silicon Valley, and Sonoma County sellers as well. Other top destination states include Washington, New York, Texas, and Nevada.

Nevertheless, sellers that stayed in California mostly stayed in the Bay Area, not far from their previous homes. For example, the largest share of East Bay area sellers, 49 percent, stayed in Alameda County, while 17 percent moved to Contra Costa County.

Figure 6 summarizes the top destination counties for sellers who stayed in California. San Francisco sellers were most likely to stay in the city. However, for San Francisco sellers who sold a home over $2 million, Marin and San Mateo counties were major destinations, both receiving about 18 percent. But sellers of homes priced below $2 million were more likely to move to Marin, Alameda, or Sonoma counties. The difference in where sellers of less-expensive homes move again speaks to importance of affordability when choosing a new community.