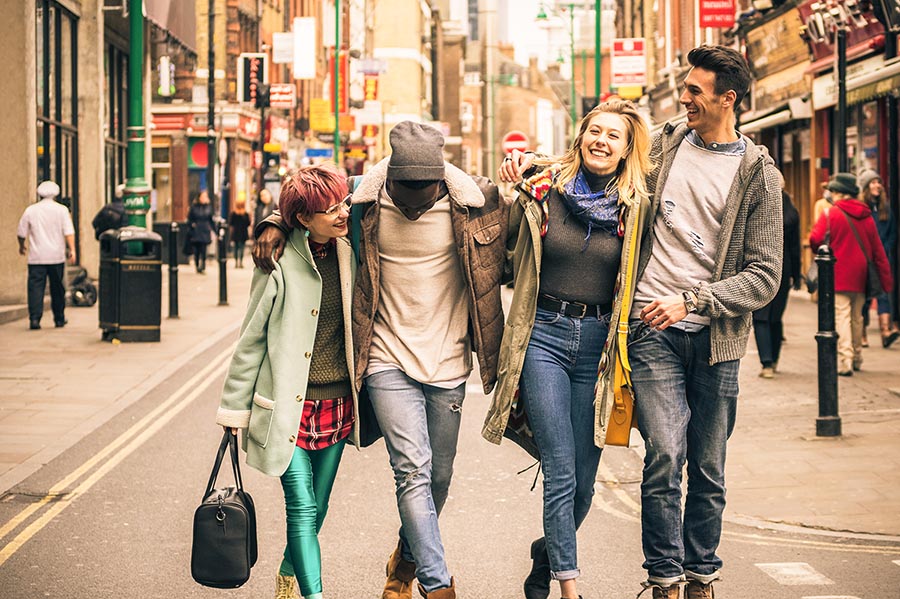 The Golden State is home to the nation’s largest share of millennials, and they are gravitating toward Downtown Los Angeles and neighborhoods in southeastern San Francisco.

Between 2011 and 2016, Los Angeles’ 90014 ZIP code, also known as the Historic Core, saw its millennial population increase by 91.4 percent, the most of any area in the 30 largest U.S. cities included in an analysis by RentCafe. During that time period, 3,300 millennials — defined here as those born between 1977 and 1996 — moved to that part of Downtown Los Angeles, which the company identifies as America’s fastest-gentrifying neighborhood since the turn of the century.

Millennials are also beginning to gentrify Los Angeles’ 90013 ZIP code, otherwise known as Skid Row. That neighborhood had the nation’s second-largest increase in millennial residents in the five-year period — 60.0 percent, which translates to 4,700 people.

San Francisco’s booming Mission Bay neighborhood ranks among the top 20 U.S. neighborhoods with the largest share of millennials, where 3,800 residents of that age group comprise nearly two-thirds of the population. Millennials who call Mission Bay’s 94158 ZIP code home are almost certainly earning handsome paychecks; according to a separate RentCafe analysis, it’s the second most expensive neighborhood in the Bay Area for renters, with monthly payments averaging $4,336.

New York and Chicago ZIP codes dominate the rankings of the 20 U.S. places where the most millennials live, but two Golden State neighborhoods make the list. In Los Angeles, 33,500 millennials reside in the 90011 ZIP code (South Park, just south of Downtown), while 30,500 live in 94110 in San Francisco’s Inner Mission.

Despite the Bay Area’s sky-high home prices, millennials have gained a surprisingly large foothold in the real estate market. According to a February analysis of Pacific Union data by Chief Economist Selma Hepp, homebuyers aged 35 and younger accounted for more than one-third of purchases in San Francisco and Silicon Valley between August 2017 and January 2018.