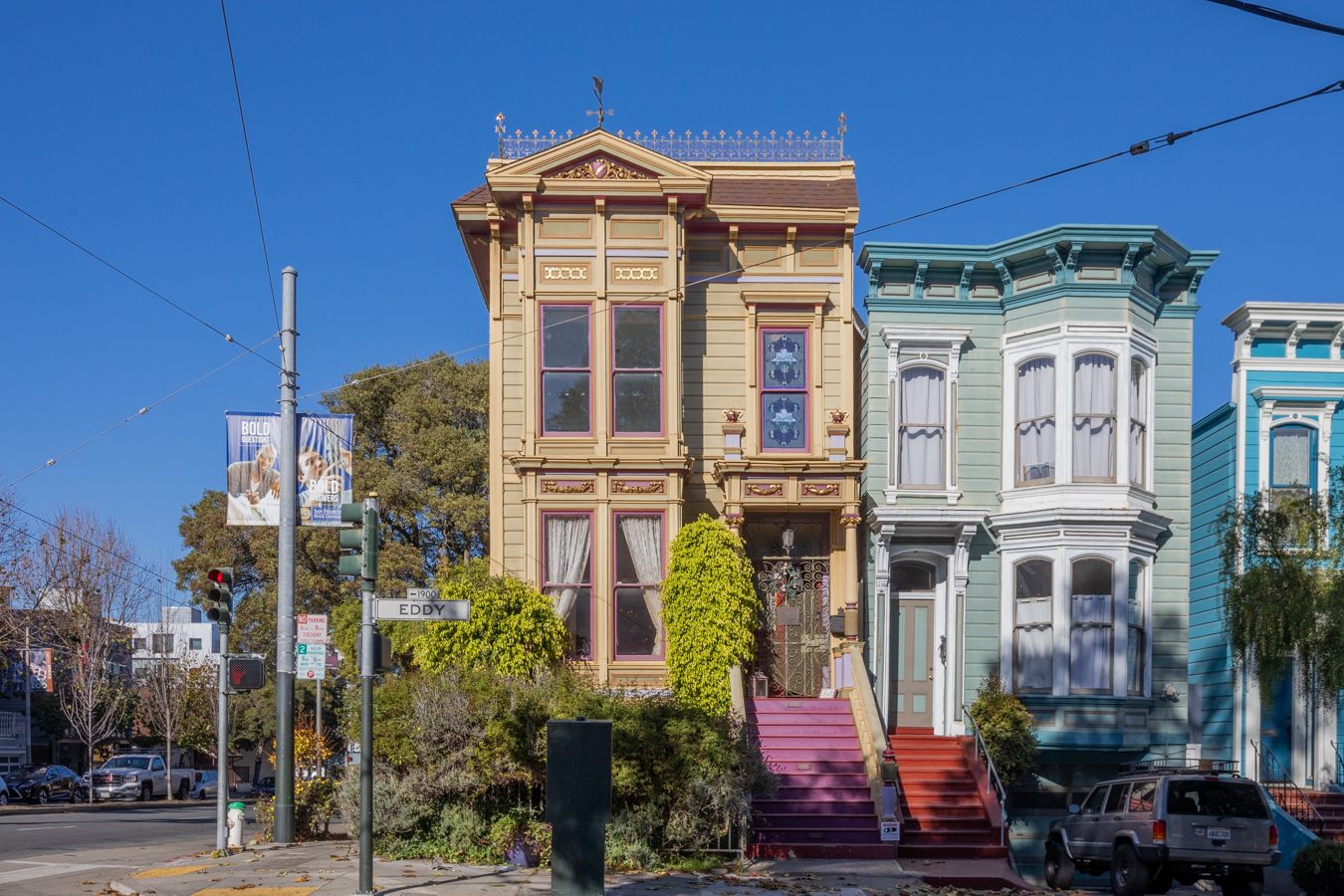 Built in 1874, and moved 100 years later from Turk Street to Eddy Street, the oldest continuously inhabited Victorian in San Francisco awaits its next chapter.

A magical, historic Italianate Victorian with a storied past offers a chance to own a part of San Francisco history. Originally built in 1874 by San Francisco’s most illustrious farrier, the residence is named The Martin O’Dea House after its builder. 100 years later, in a feat of engineering, the house was moved from Turk Street to its present site on Eddy in 1974.

One of the rare remaining true Victorians, this is a historic gem. The main floor, with its light-filled double parlors, features abundant space for entertaining.

A formal dining room leads to a spacious kitchen, with grand double doors opening to the deck. A half bath and laundry room complete the main floor.

A staircase leads to the second level with four bedrooms and two full baths. An in-law unit with its own entrance would make an ideal office or separate unit.

Adding to the home’s provenance, it has most recently been the home of an Emmy Award-winning conductor and producer and his husband/creative partner.