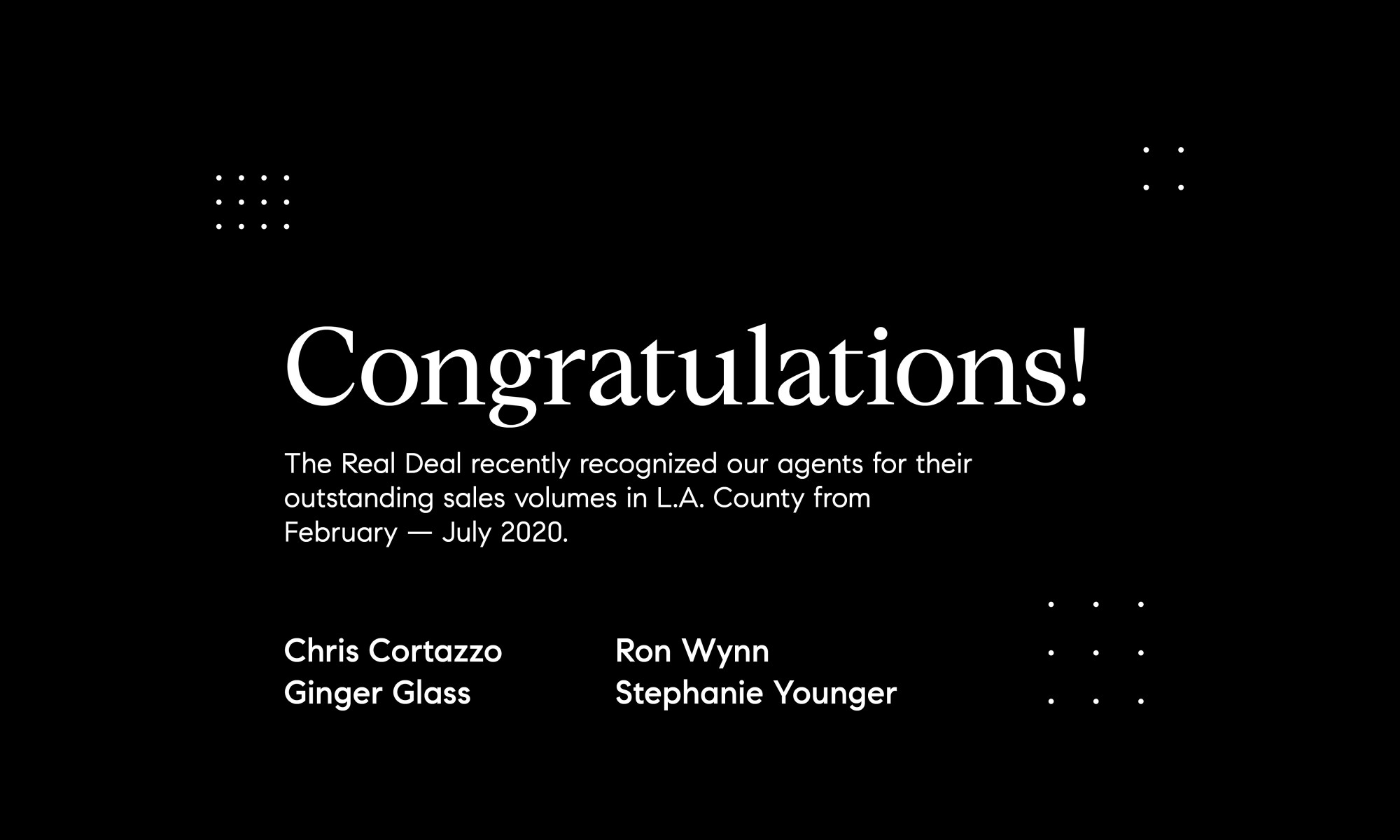 Congratulations to our Southern California agents, Chris Cortazzo, Ginger Glass, Ron Wynn, and Stephanie Younger, for being recognized by The Real Deal for their outstanding sales volumes in Los Angeles County from February through July 2020.

The Real Deal tallied single family home sales over $1M from January 30 to July 30 of this year, according to MLS data, to arrive at this LA Market Makers ranking.

“From Jan. 30 through July 30, Compass’ Chris Cortazzo was the top-ranked agent in L.A. County by sales volume, according to the ranking. He closed $171 million in residential transactions on 22 deals, all but one in Malibu,” The Real Deal reports.

Ginger Glass placed fourth on TRD’s list with $93 million in sales, including a $37 million deal in which she represented the seller. Prolific producer Ron Wynn follows at $67.6 million in sales.