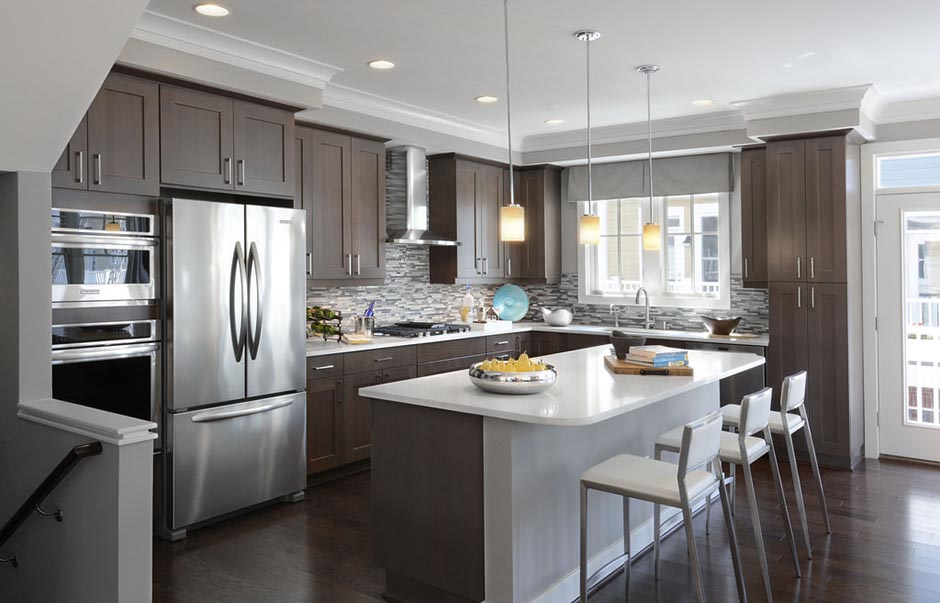 For the fifth straight year, more homeowners renovated their kitchens than any other room in the house in 2015, and those projects are getting more expansive — and expensive.

That’s according to a recent survey of 120,000 U.S. residents by home-renovation and design website Houzz, which found that 29 percent of respondents remodeled their kitchens in 2015. Even more — 31 percent — said that they added or expanded a kitchen. About half of those who overhauled their kitchens did so to update its design, and nearly as many replaced old finishes. Seventy percent installed new countertops, while two-thirds addressed fixtures, faucets, and wall colors.

At an average of 255 square feet, today’s remodeled kitchen is typically the third-largest indoor space in the American home behind the living room and the master bedroom. Homeowners who made major renovations to a kitchen about that size spent an average of $50,700, while those overhauling kitchens of less than 200 square feet paid about half that — $26,400. Houzz says that overall kitchen-improvement spend grew by 12 percent from 2014, driven by an uptick in major renovations, including upgrading appliances and cabinets. Kitchens typically took longer to upgrade than any other room, an average of five months.

Guest bathrooms slightly lagged kitchens as the second most-common room to fix up in 2015, with 24 percent of respondents remodeling this space and 26 percent making an addition. More than half of those improving a guest bathroom did so to address outdated designs and finishes. Three-quarters added new faucets and fixtures and changed the wall color or texture.

Master bathrooms were also a popular improvement job, with 20 percent of respondents reporting remodels and 22 percent adding to or expanding the space. Master-bathroom renovation spending also increased 12 percent from 2014 to 2015, with a 100-square-foot-plus space costing an average of $25,600 for major improvements and smaller spaces running $12,000.

How did most homeowners finance these potentially pricey home facelifts? Regardless of generation, more than 80 percent tapped into their personal savings to pay for the work. One in five used credit cards, with millennials the most likely of any generation to do so. Very few homeowners of any age, less than 10 percent, used a home equity line of credit — perhaps in part due to lingering caution from the subprime-mortgage crisis.

Like last year, the vast majority of 2015 survey respondents — 85 percent — employed the services of a home-renovation professional. Getting a top-quality result was the primary concern when hiring a contractor or designer, followed by the finding the best building materials and assistance with staying on budget.