We’re pleased to announce that Doug Solwick and his team have joined Pacific Union in Sonoma County. The move adds four seasoned real estate professionals to Pacific Union’s presence in the region, including Toni Kelsay, Tom Duly, and Justin Vrobel. 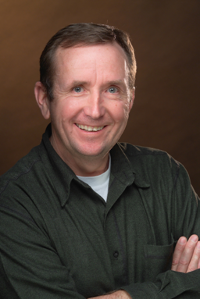 A third-generation Californian and a native of Los Angeles County, Solwick moved to Sonoma County in 1993 and has spent the past 20 years honing his expertise there. Doug began his career in real estate in 1986 and became a broker seven years ago.

In his 27-year stint in the real estate industry, Solwick has closed more than 1,500 transactions and has consistently ranked within the top 1 percent in Sonoma County in terms of sales volume.

Prior to joining Pacific Union, Doug founded his own brokerage, Advantage One Real Estate, in 2011. Before that, he spent time as a manager for Coldwell Banker in both Los Angeles and Marin counties.

Rick Laws, Branch Executive for Pacific Union’s Sonoma County region, is excited about Solwick’s decision to align himself and his team with the firm.

For his part, Solwick is equally enthusiastic.

“I could not be happier to be part of such a great group of real estate professionals,” he says. “Everyone has been so nice and supportive. The plethora of tools that is available to the agents and their clients is just fantastic.”

“Being a part of the Bay Area’s premier real estate company will help redefine our level of service and client support,” Solwick adds.

Doug Solwick and his team will continue to operate out of their current office at 1511-A Farmers Ln. in Santa Rosa. They can assist buyers looking to purchase a property anywhere within Sonoma County.