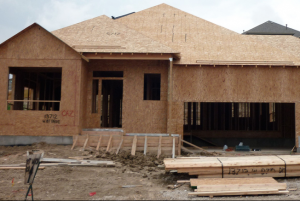 Are you trying to choose between buying an existing home or a newly constructed one? Look for new-home prices to jump dramatically in the coming months, as homebuilders face a shortage of suitable lots.

USA Today reported this week that a Southern California firm, John Burns Real Estate Consulting, analyzed 27 leading markets and found that the average price of a “finished lot” suitable for building was up 40 percent in the second quarter compared with a year ago.

Price increases were even higher in San Francisco and Oakland: up 87 percent.

Finished-lot prices account for 22 percent of a new home’s price, on average, and higher lot prices may foreshadow larger home prices months from now, according to David Crowe, chief economist at the National Association of Home Builders.

Crowe said that 59 percent of builders in an August survey reported that the supply of lots in their markets was low or very low, up from 43 percent in September 2012, and that lot shortages were especially acute in the most desirable locations.

Builders will pass those higher costs on to homebuyers, said Crowe.

The shortage of suitable lots is just one factor in the new-home market’s recovery, which the NAHB said  is modest by historical standards.

“There is still a substantial pent-up demand for housing waiting to be unleashed as the overall economy and labor situation improves,” stated Crowe.

“Lot shortages are one of several barriers that have arisen, restraining builders from responding completely to increased demand. Other barriers include a shortage of labor in carpentry and other key building trades, limited availability of loans even for credit-worthy home builders and home buyers, and, more recently, an uptick in interest rates.”