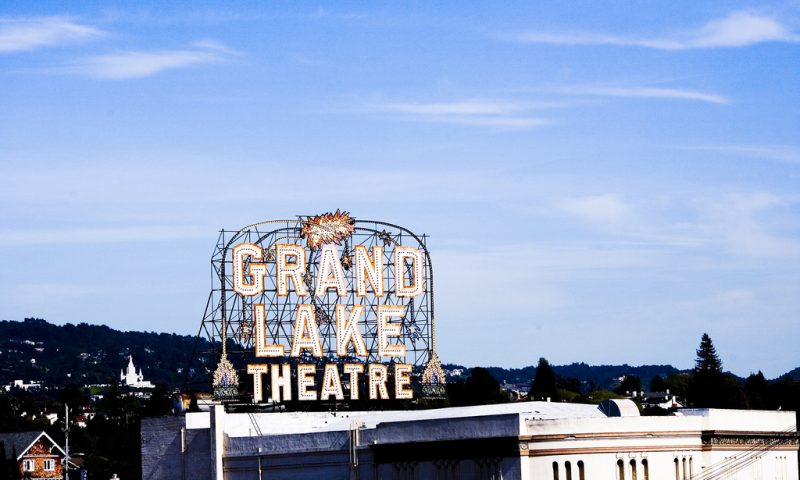 Grand Lake enjoys a favorable, central location just north of Interstate 580, a perk for residents who commute via car. Downtown Oakland and the 19th Street BART station are about two miles away and accessible via several bus lines. AC Transit also offers trans-bay service to downtown San Francisco via the B and NL routes, both of which make stops in the neighborhood’s heart. Other commuters opt for the casual carpool, which has a pickup location near the intersection of Lakeshore Avenue and Grand Avenue.

As Grand Lake is home to two popular shopping and dining strips, the neighborhood earns high marks for walkability. Walk Score, an online service that ranks neighborhoods based on amenities within a quarter-mile distance, gives Grand Lake an 84 on a scale of 100, which the company calls highly walkable.

The larger of the neighborhood’s two commercial districts along Grand Avenue offers residents dozens of boutique shops and an eclectic array of restaurants, two of which — Camino and Boot & Shoe Service — made the San Francisco Chronicle’s 2015 list of the 100 best restaurants in the Bay Area. This strip is anchored by the historic four-screen Grand Lake Theater, long a familiar sight to Oakland residents and named as one of the top 10 vintage cinemas in the U.S. Just around the corner, the other shopping district along Lakeshore Avenue has a mix of chain and mom-and-pop stores and more restaurants, including the original location of Bay Area institution Arizmendi Bakery.

Both Grand Lake shopping strips have a supermarket — a Safeway on Grand and a Trader Joe’s on Lakeshore. For fresh produce, locals hit the neighborhood farmers’ market, which is operated by the Agricultural Institute of Marin and is open every Saturday year-round.

Neighborhood residents are also within a short stroll of Lake Merritt, a popular spot for walking, jogging, boating, and general outdoor relaxation. Near the neighborhood’s northern border with the affluent small city of Piedmont is the Morcom Ampitheater of Roses, where thousands of flowers come to life between May and September.

Homes in the neighborhood are constructed in variety of architectural styles, including Craftsman-style bungalows and Victorians. But regardless of their design preference, serious buyers in this area of Oakland should act quickly; in September, single-family homes in Oakland’s 94610 ZIP code — which includes the Grand Lake, Adams Point, Trestle Glen, and Crocker Highlands neighborhoods — sold in a brisk 14 days, the fastest pace since May.

As in other very desirable parts of Oakland, the number of homes on the market is slim, with the months’ supply of inventory for the aforementioned ZIP code at 0.9 in September. As a result, the median sales price for a single-family home increased 33 percent on an annual basis to $1,295,000. Bidding wars have been common over the past year, and in September, sellers received an average of 108 percent of original price.