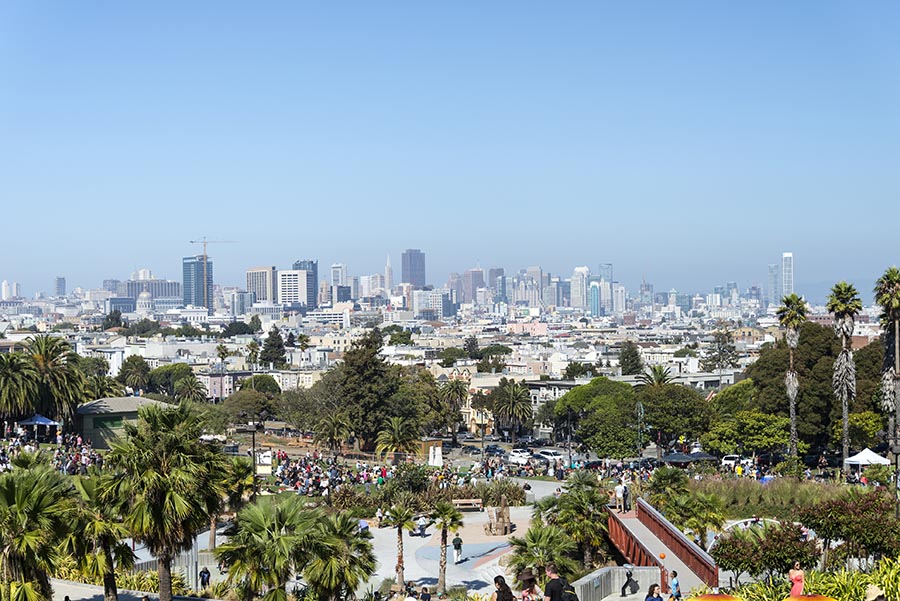 Bay Area residents and tourists alike know that San Francisco is a picturesque city, but perhaps only locals can fully understand why the beauty goes beyond the brightly painted Victorian homes. It’s the tree-lined streets and hundreds of city parks that make San Francisco so attractive, relaxing, and livable — parkland that ranges from small, neighborhood green spaces to lush, expansive playgrounds like Golden Gate Park and the Presidio.

And now the city’s emerald-green gems — 220 in all — have been recognized by the nonprofit Trust For Public Land as a major civic asset. In a new report, the trust gave San Francisco a perfect score of 100 for access to city parks and recreation areas. The trust’s report found that every resident of the city lives within a 10-minute (half-mile) walk of a park, something that no other major U.S. city can claim.

Other Bay Area cities ranked high on the trust’s scorecard as well. Eighty-five percent of Oakland resident live within walking distance of a park, and 75 percent in San Jose. (In Los Angeles only 54 percent of residents live that close to a park, and in Bakersfield 49 percent, the lowest score in California.) Nationwide, the percentage of people living within a 10-minute walk of a public park ranges from 27 percent to 100 percent, with a median of 66 percent.

Overall, San Francisco places third in the nation, behind Minneapolis and St. Paul, Minnesota, in the trust’s 2017 ParkScore ranking, which measures park acreage, facilities, and municipal investment, as well as park access.

“Most city residents won’t walk more than 10 minutes to get to shopping, transit, or parks, so close-to-home access to parks is vital for public health, clean environments, and thriving, equitable communities,” Adrian Benepe, the Trust For Public Land’s urban parks director said in a statement accompanying the report. “This is an enormous achievement, based on years of dedicated and thoughtful work and planning, and San Francisco should be very proud.”

Here are some facts about San Francisco parkland from the trust’s report: