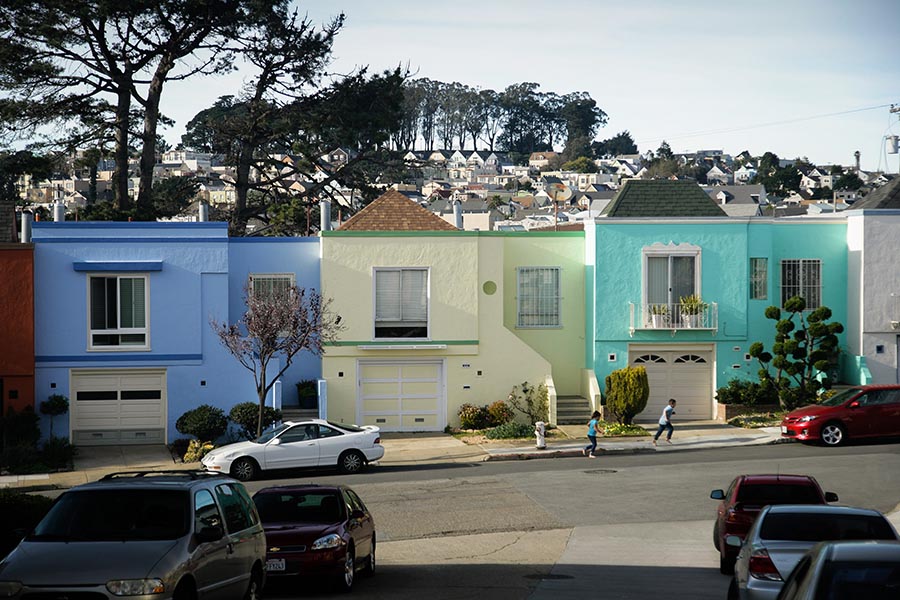 Located south of Bernal Heights and north of Crocker-Amazon, San Francisco’s Excelsior neighborhood is a mostly residential enclave that is growing in popularity with families, thanks in part to its relative affordability.

Excelsior has a rich history — it was once a predominantly Italian, Irish, and Swiss neighborhood. Between the 1970s and the 1990s, Excelsior became home to a large Latino community, much like the neighboring Mission District, and more recently has attracted a substantial Asian community. Currently, it is one of the most ethnically diverse neighborhoods in San Francisco. Even its street names, many named after global countries and cities, reflect its diversity.

The neighborhood is bounded by Interstate 280 and Highway 101, making for easy commuting, especially for those who work on the Peninsula or in Silicon Valley. Busy Mission Street flanks the neighborhood’s west side, offering quick access to Bernal Heights for groceries and dining. Mission Street itself bustles with activity, public transportation, eclectic restaurants, and nightlife.

From the “north shoulder” of the neighborhood, residents can walk over a footbridge to Bernal Heights. Also walkable from Excelsior is Glen Park Village and the Glen Park BART station. Glen Park Village is also a go-to spot for a farmers’ market, cafes, and restaurants.

Crocker-Amazon Playground is popular with families and offers baseball, softball, and flag-football fields, as well as tennis and bocce courts and a climbing area for kids. John McLaren Park is the second-largest park in the city and features hiking trails, tennis courts, and a golf course. Every year, the park hosts Jerry Day to celebrate the Grateful Dead’s Jerry Garcia, a former San Francisco native and Excelsior resident. It typically draws thousands to the park’s Jerry Garcia Amphitheater.

Like in so many San Francisco neighborhoods, home in Excelsior span a range of architectural styles, from midcentury modern to the occasional Edwardian. The median sales price for a single-family home in the neighborhood in was $780,000 in January, up 12 percent on an annual basis. Homes in the neighborhood have fetched premiums every month in the past two years, and in January, properties sold for 108 percent of original price.