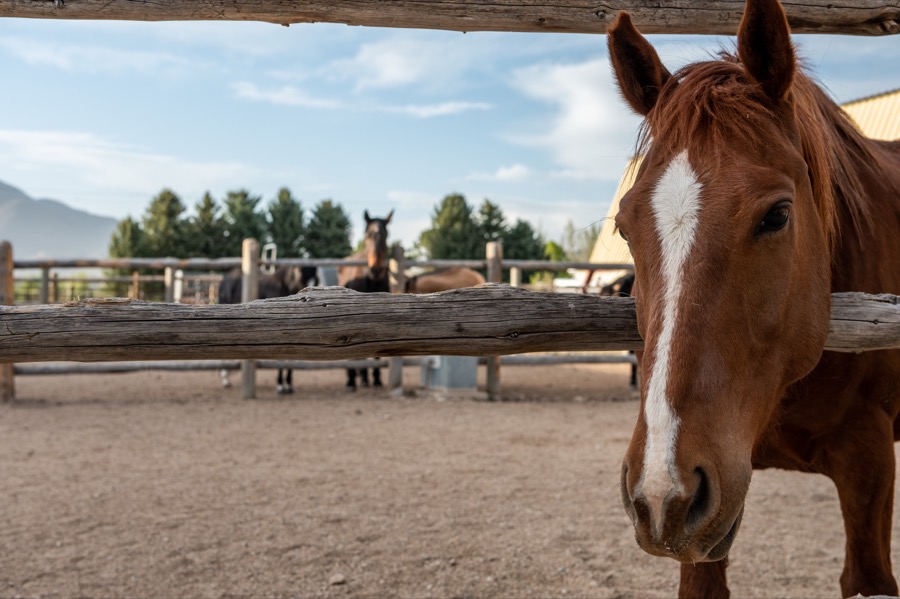 Horse Whisper Ranch represents a return to a tranquil life, a life filled with beautiful moments and surrounded by the natural world. Owned by Robert Redford since 1996, the 30-acre horse ranch in Utah is nestled between the Deer Creek State Park/Reservoir and the Provo River, just 15 minutes to Sundance and Park City ski resorts.

Watch: Horse Whisper Ranch is brought to life in this aerial video

The location is ideal for those seeking respite in nature, a plentitude of outdoor activities, and cultural and entertainment experiences.

The property offers the opportunity to continue a legacy of stewardship by the acclaimed film actor and environmentalist. According to a feature in Horse Nation, “From Butch Cassidy and the Sundance Kid to the Electric Horseman to The Horse Whisperer, Robert Redford has become a name synonymous with horses and Hollywood.”

Redford began buying property in Utah in the 1960s, acquiring the land that became Sundance Village and Sundance Mountain Resort in 1969. Today he owns approximately 1,800 acres in the Sundance area. While the ranch has deed restrictions that limit development on the property, it has primarily been used as winter grazing lands to house Redford’s horses during inclement weather.