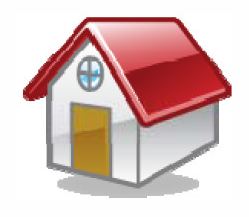 BAY AREA SALES DOWN, PRICES UP
Home sales were down in February across the Bay Area, with one exception: Sonoma County, where sales rose 6.6 percent from a year ago.

CALIFORNIA DROPPED FROM TOP-10 LIST
Here’s a top-10 list that doesn’t include California — and we’re glad for it.

RealtyTrac, which monitors the U.S. foreclosure market, announced last week that California didn’t make its February list of the 10 states with the highest foreclosure rates — the first time since December 2006 that the state wasn’t among the top 10.

California fell to 13th after 15 straight months of declining foreclosures.

INTEREST-ONLY LOANS REAPPEAR
Wealthy borrowers are increasingly opting for interest-only mortgages, according to a recent report in The Wall Street Journal. That’s the same kind of loan that drove many homeowners into foreclosure in recent years, but lenders say their affluent clients are at a much lower risk of getting caught up in financial trouble.

Interest-only mortgages, where borrowers pay interest but no principal during the first few years of a loan, offer significantly lower monthly payments, allowing borrowers to divert the savings to income-generating investments.

(Illustration courtesy of the Korean Resource Center, via Flickr.)