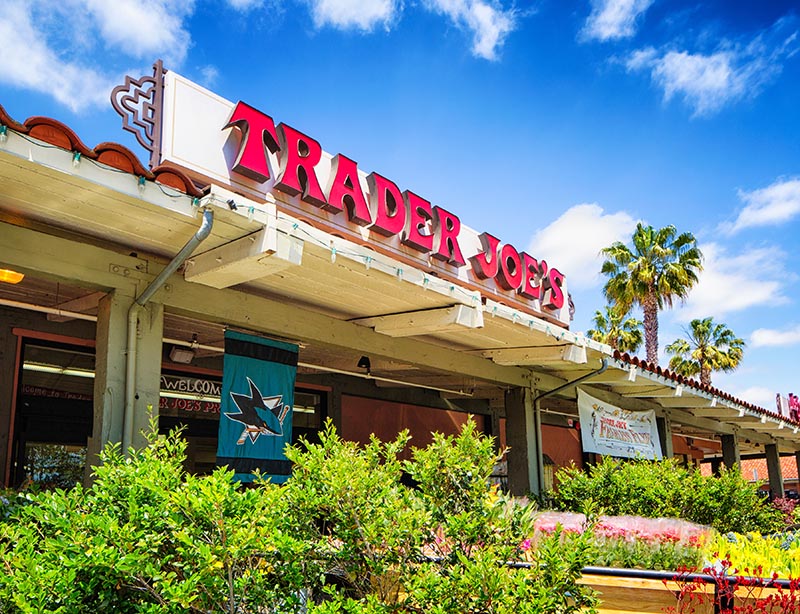 HOMES VALUES HIGHER IN ZIP CODES WITH A TRADER JOE’S
Whether a neighborhood has nearby amenities such as a supermarket can definitely help affect a home’s value, but it turns out that the actual type of grocery store also plays a substantial role.

That’s according to an analysis by ATTOM Data Solutions, which examined real estate data from 1,275 ZIP codes with at least one Whole Foods, Trader Joe’s, and ALDI grocery stores. ZIP codes with a Trader Joe’s emerged as the clear winner for homebuyers, with the average property worth $595,288, about $64,000 more than those with a Whole Foods and almost triple those with an ALDI. Homes near a Trader Joe’s also enjoyed the highest appreciation over the past five years, 67 percent, compared with about 50 percent for the other two chains.

For real estate investors, ZIP codes with an ALDI appears to the best bet, with flippers netting a 69 percent profit, about 30 percent higher than Whole Foods or Trader Joe’s. Landlords with properties near an ALDI averaged gross rental yields of 10 percent, about twice as much as those who own homes close to the other supermarkets.

BERKELEY: AMERICA’S FIFTH BEST CITY TO CALL HOME
Berkeley has a lot more going for it than just the University  of California, so much so that recent rankings place it among the top places to live in the country.

Niche.com’s 2017 Best Cities to Live in America ranks Berkeley fifth overall with an A-plus grade, based on criteria that include public-school quality, cost of living, job opportunities, and local amenities. The city of 117,000 residents earned an A-plus for its schools, family-friendliness, and diversity, and it received an A for its nightlife factor.

Berkeley didn’t fare as well when it comes to housing, netting a C-plus. With a median value of about $742,000, buying a home in the Alameda County city costs about four times as much as the national average.

Sunnyvale was the only other Bay Area city to crack the top 20, coming in at No. 15. Like Berkeley, Sunnyvale scored an overall A-plus grade but was dinged for its high housing costs, with a median home value of $790,000.

RISK OF SIGNIFICANT HOME PRICE DECLINES IS LOW, STUDY FINDS
Although almost 25 percent of California real estate professionals are concerned about a looming housing bubble, the risk of that happening is actually quite low.

Citing research from JPMorgan, CNBC reports that there is only a 10 percent chance that U.S. home prices will decline by 20 percent over the next five years. Using housing data from 14 countries since 1950, JPMorgan found that sustained increases in housing prices have been the norm, while sharp declines like the one the U.S. housing market saw beginning in 2006 are uncommon.

JPMorgan Analyst Jesse Edgerton said in the report that while sustained home price growth doesn’t mean that a bubble is inevitable, he cautioned against ruling it out entirely.

“There have been many occasions where prices rose rapidly only to stabilize or keep going up. But we also know that sharp multi-year corrections are a possibility, as they have occurred at some point in most countries in the dataset,” Edgerton wrote.

FIRST-TIME HOMEBUYERS FACTOR IN FIDO
The desire to better accommodate man’s best friend plays a bigger role in millennial homebuying decision than does starting a family, according to a recent survey.

A SunTrust poll of millennials who have purchased their first home found that 33 percent were motivated by the desire for more space or a yard for their dog. Among millennials who have not yet purchased a home, 42 percent say that dogs factor into their desire to own a home. By way of comparison, 25 percent of millennial homebuyers purchased property because of a marriage, while 19 percent pointed to having children.

“Millennials have strong bonds with their dogs, so it makes sense that their furry family members are driving home-buying decisions,” SunTrust Mortgage President and CEO Dorinda Smith said. “For those with dogs, renting can be more expensive and a hassle; home ownership takes some of the stress off by providing a better living situation.”