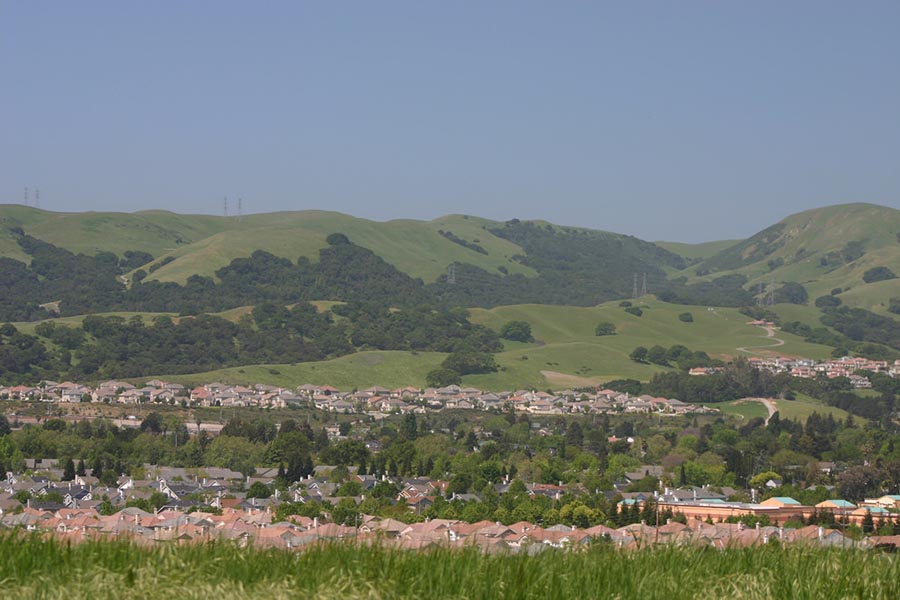 DUBLIN AND MILPITAS RANK AMONG THE 10 HOTTEST AMERICAN SUBURBS
Bay Area homebuyers who are searching for relatively affordable housing and excellent schools have fueled population growth in two local family-friendly cities over the past seven years, placing them among the hottest suburban ZIP codes in the U.S.

A recent analysis by Realtor.com ranks America’s 10 most sought-after suburbs based on those with the fastest-growing number of new households and homes on the market, as well as rising home prices and demand. Alameda County’s Dublin and Santa Clara County’s Milpitas were the only California communities included on the list, ranking No. 3. and No. 8, respectively.

In Dublin’s 94568 ZIP code, the median home price is $890,000, 22 percent less expensive than an urban home in the San Francisco metro area. Since 2010, Dublin’s population has grown by 25.6 percent, thanks in part to its BART station. The city also scores points for its top-notch school, seven of which GreatSchools.org rates 10 out of 10.

Homebuyers in Milpitas’ 95035 ZIP code can realize a 26 percent savings over properties in the overall San Jose metropolitan area by purchasing the median-priced $850,000 home. Milpitas has seen its population grow by 15.5 percent over the last seven years and is also buoyed by top-notch schools. The city already enjoys easy access to Silicon Valley, and it will be even more convenient for commuters when a new BART station opens either later this year or in 2018.

CALIFORNIANS WORK THE LONGEST HOURS TO MAKE RENT
Workers in the Bay Area’s two largest cities pull down the biggest salaries in the country, but sky-high rents mean that they’ll spend about two full weeks of work in order to pay the landlord.

An analysis from SmartAsset calculates the number of hours residents of the 15 largest U.S. cities need to work in order to afford the monthly rent on a median-priced unit. Four of the five cities with the longest hours-to-rent-payment ratios are in California, yet another testament to the state’s high housing costs.

San Jose metro area residents need to work an average of 84 hours — more than half of their monthly workload — to cover the median monthly rent of $1,585, second only to renters in Los Angeles. San Francisco ranks No. 5, with 71 hours of work time dedicated to paying the average $1,558 rent payment. San Francisco employees are the highest paid in any of the 15 cities in the study and also among the hardest working, putting in an average of 171 hours each month.

MOBILITY-CHALLENGED MILLENNIALS ARE SUBSTANTIALLY LESS LIKELY TO BUY HOMES
Homeownership rates for younger Americans are at a 40-year low, and that may not change anytime soon, as fewer of them are moving residences than previous generations.

A Pew Research Center study says that Americans are moving at the lowest rate on record, in part because millennials are staying put. In 2016, 20 percent of 25-to-35-year-olds reported having moved residences in the last year, compared with about 26 percent of Gen Xers and baby boomers when they were the same age. But since millennials are less likely than previous generations to be married, have children, or own a home, why aren’t they as mobile?

One reason could be the Great Recession, which hit millennials harder than it did other Americans. Lending standards are also much tighter now than they were 15 years ago — making it tougher for millennial buyers to qualify for a mortgage — and student debt may also be a factor.

APRIL FOOLS’: THE MOST POPULAR DAY TO LIST A HOME
Half of all home listings last year hit the market between March and July, with Thursday and Friday the overwhelmingly most popular days.

According to a blog post from the National Association of Realtors, April was the biggest month for new listings in 2016, with the first day of the month the year’s most popular. March was the second biggest month for homes to hit the market, followed by May, June, and July.

Of the top 25 days for new listings, 22 of them fell on a Thursday or a Friday, and not one of them was a weekend day. For all homes listed last year, only about 10 percent of them hit the market on the weekend.