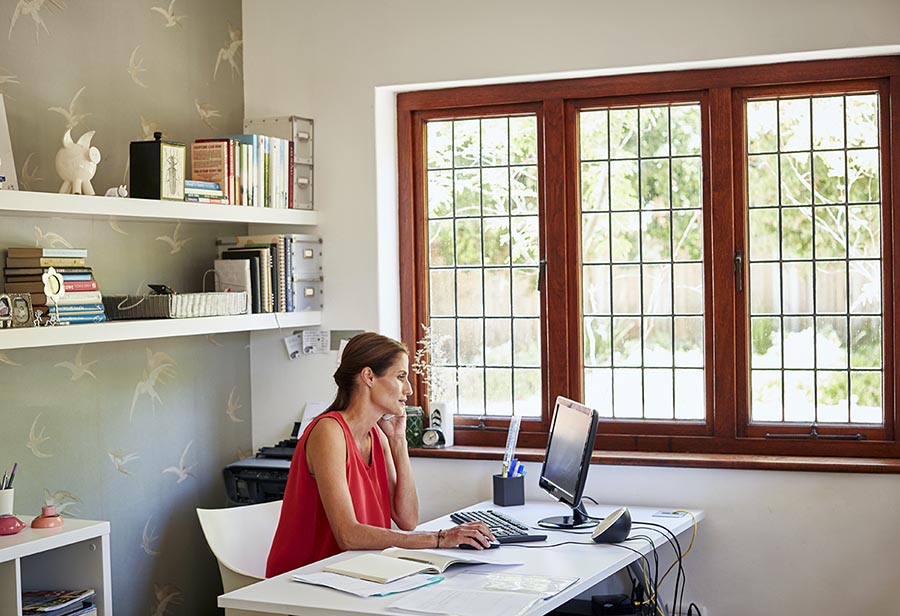 SAN FRANCISCO NAMED ONE OF THE NATION’S TOP CITIES FOR WORKING FROM HOME
San Francisco is not only an excellent city for finding a job, it’s also one of the best in the country for workers who want the flexibility of telecommuting.

That’s according to a new study by SmartAsset, which ranks the top 25 American cities for telecommuters on a 100-point scale. The company’s gauges a city’s telecommute-friendliness based on the percentage of employees working from home and its change over the past five years, unemployment and poverty rates, housing costs, and number of coffee shops and bars.

By those criteria, San Francisco ranks as the nation’s fourth-best city for working remotely, scoring a 94.84 and boasting the highest concentration of coffee shops of any city on the list. Across the bay, Alameda County‘s Fremont ties for No. 7, with a 91.98. Over the past five years, Fremont has seen its number of telecommuters grow by 2.8 percent, and the city also ranks high for its number of coffee shops.

Telecommuting’s many benefits likely contribute to Bay Area workers’ high levels of happiness. In December, Glassdoor ranked San Francisco and San Jose as America’s top two cities for job satisfaction in 2019 based on employee reviews on its website.

HOURLY U.S. WORKER EARNINGS REACHED DECADE HIGH IN 2018
The U.S. job market posted solid job gains in December, easing fears that another recession might be waiting in the wings.

America’s economy added 312,000 positions last month according to the latest numbers from the U.S. Bureau of Labor Statistics, while the unemployment rate ticked up to 3.9 percent. Average hourly earnings for all nonfarm jobs rose to $27.48, with The Wall Street Journal reporting that wages saw the biggest annual gains in 2018 in 10 years.

The positive employment report helped calm investor fears, and the stock market rebounded from its recent doldrums. Wells Fargo Chief Investment Officer for Wealth and Investment Management Darrell Cronk told The Wall Street Journal that although he expects the economy to slow this year, the job numbers are not indicative of a looming downturn.

MORTGAGE RATES DROP AGAIN IN FIRST WEEK OF 2019
Good news for potential homebuyers: Not only is home price growth slowing, but mortgage rates rang in the new year with a decline.

In a statement accompanying the numbers, Freddie Mac Chief Economist Sam Khater said that lower rates should get prospective buyers excited about a real estate purchase, though he noted that the recent jitters in the stock market could negatively impact activity in the coming months.

CALIFORNIA RENTS ARE UP ACROSS THE BOARD AS 2019 KICKS OFF
Apartment dwellers in major Golden State coastal cities who have been thinking about becoming homeowners while mortgage rates remain low might find additional motivation in the fact that rents are up uniformly in January from one year earlier.

As it has for many consecutive months, Zumper’s latest rent report puts San Francisco as America’s most expensive rental market in January, with the median $3,500 one-bedroom unit up by 2.9 percent year over year. No. 3 San Jose’s $2,490 rent rose by 1.2 percent on an annual basis, while costs have increased by 8.8 percent in No. 6 Oakland to $2,350.

In Southern California, monthly rents in No. 5 Los Angeles have risen to $2,420, up by 5.2 percent from the same time in 2018. Rents for two-bedroom apartments also increased from last January in all four of those California cities, ranging from 0.6 percent in Los Angeles to 15.4 percent in Oakland.