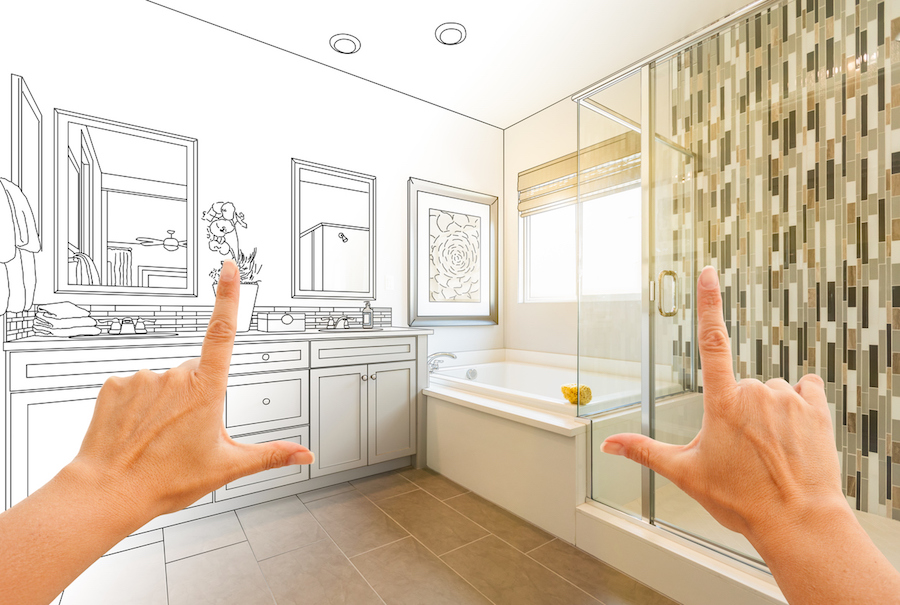 NO SLOWDOWN IN REMODELING WORK
Homeowners in the San Jose metropolitan area reported the highest renovation spending in the nation in 2017, at a median of $30,000, and San Francisco placed second at $25,000, according to a survey released last week of more than 130,000 visitors to the home remodeling website Houzz.

Los Angeles trailed San Francisco on 2017 renovation spending by less than 1 percentage point to place third in the Houzz ranking, followed by Houston ($24,000) and Miami ($21,000).

Half of the visitors to the Houzz website (51 percent) said they plan to begin or continue renovations in 2018, with a median budget of $10,000. That follows strong renovation activity in 2017, when 58 percent of homeowners said they spent a median of $15,000 on renovations. Homeowners living in their current homes for six or more years accounted for most of the work, the survey found, although remodeling projects among recent homebuyers is growing.

Spending last year on kitchen remodeling increased 10 percent from 2016, and master bathrooms overtook living and family rooms as the third-most-popular room to renovate after kitchens and bathrooms. Four in five renovating homeowners report that kitchen and master bathroom upgrades increased the value of their homes, far more than any other renovation project.

TALES FROM THE SHARK TANK
On the topic of home renovations, it’s natural for homeowners to crave a remodeling project that makes their property stand out from the rest of the homes on the block. But can you sometimes take things too far? You be the judge:

In the Hollywood Hills, a $35 million spec house has been outfitted with an indoor, 300-gallon shark tank stocked with eight stingrays, three houndsharks, one remora shark, a horn shark, and a catshark, according to a report at Curbed.com. The two-foot-deep, uncovered saltwater tank has stepping stones placed on top so that prospective homeowner can get as close to nature as they dare.

Other, more tame amenities include seven bedrooms, 11 bathrooms, a private wellness center, a wine cellar, a humidor, and a freezer exclusively for tequila.

PENDING HOME SALES RISE IN THE WEST, DOWN OVERALL
Pending home sales inched higher in Western states in May, but sales nationwide slipped, according to the National Association of Realtors, because of a large decline in contract activity in the South.

NAR’s Pending Home Sales Index, based on contract signings, decreased 0.5 percent overall to 105.9 in May from 106.4 in April, the fifth straight month of declining sales contracts across the United States. Pending home sales in the South fell by 3.5 percent in May, but rose by 2.9 percent in the Midwest, 2 percent in the Northeast, and 0.6 percent in the West.

“Pending home sales underperformed once again in May, declining for the second straight month and coming in at the second lowest level over the past year,” NAR Chief Economist Lawrence Yun said in a statement. “Realtors in most of the country continue to describe their markets as highly competitive and fast moving, but without enough new and existing inventory for sale, activity has essentially stalled.”

The lackluster spring has primarily been due to a supply issue and not because of weakening demand. If the recent slowdown in activity was because buyer interest is waning, Yun said that price growth would start slowing, inventory would begin rising, and homes would stay on the market longer. Instead, the underlying closing data in May showed that home price gains are still outpacing income growth, inventory declined for the 36th consecutive month, and listings typically went under contract in just over three weeks.

Yun forecasts existing-home sales to decrease by 0.4 percent in 2018 and the median existing-home price to rise by 5 percent. In 2017, existing sales increased by 1.1 percent and prices rose by 5.7 percent.