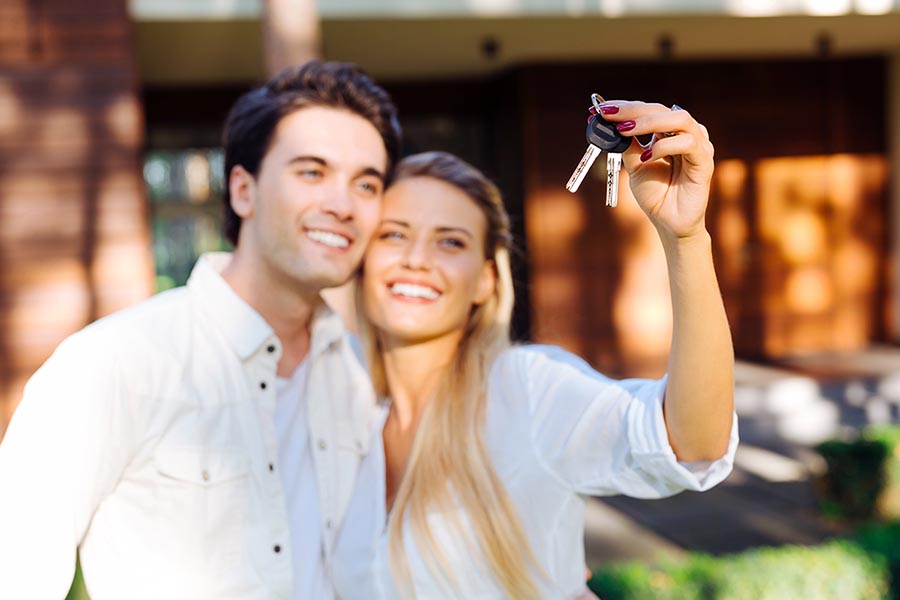 OWNING A HOME IS SECOND ONLY TO RETIRING FOR MILLENNIALS

Although millennials face numerous obstacles to homeownership, it is still one of the biggest priorities for that generation.

That’s according to Bank of America’s 2018 Fall Homebuyer Insights Report, which reports that 72 percent of millennials say that owning a home is a top priority, with the ability to retire the only other major life event cited as more important. By comparison, just half of millennials say that getting married is a major priority, and even less — 44 percent — think that having kids is of great importance.

About half of all millennials say that they feel like mature, responsible adults when pondering the prospect of homeownership, while more than one-third say it makes them feel independent and established. Nearly 40 percent plan to purchase a home within the next two years, while 36 percent will wait three to five years before entering the housing market.

The amount of time it takes millennials to buy a home could largely depend on how much student debt they carry. Survey results released last month from NeighborWorks America found that 59 percent of millennials knew someone who delayed purchasing real estate because of student debt.

FORECLOSURE ACTIVITY DROPS TO 13-YEAR LOW
Nationwide, foreclosure activity reached the lowest level since 2005 in the third quarter, with natural disasters currently posing more of a risk than poor-quality mortgages.

ATTOM Data Solutions’ Q3 2018 U.S. Foreclosure Market Report says there were 177,146 homes in some state of foreclosure in the most recently completed quarter, the lowest in nearly 13 years. For the eighth straight quarter, foreclosure activity was below its prerecession average, this time by 36 percent.

MOST HOMEOWNERS DO NOT COMPARISON-SHOP FOR MORTGAGES
Buying a home is likely the biggest financial decision a person can make, so it comes as somewhat of a surprise that most Americans don’t do much research when applying for a mortgage.

A survey from PenFed Credit Union found that 65 percent of homebuyers did not shop around when applying for a mortgage. Nearly half of those polled believe that a mortgage with the lowest rate is the best one, but PenFed notes other factors to consider, including calculating closing costs and working with a trustworthy lender.

Another mortgage misconception: Nearly 60 percent of Americans think that adjustable-rate mortgages are inherently risky, but they could actually be an ideal option for homebuyers who don’t plan to stay in their properties long. For instance, a five-year, adjustable-rate mortgage has a fixed rate for the first five years and will probably translate to lower payments than a 30-year, fixed-rate mortgage.

MORTGAGE RATES NEAR THE 5 PERCENT MARK
Shopping around for the best mortgage will become even more important as rates tick up, which they did last week, once again climbing to a seven-year high.

The latest numbers from Freddie Mac put 30-year, fixed-rate mortgages at 4.90 percent for the week ended Oct. 11, the highest since April 2011. Fifteen-year, fixed-rate mortgage rates also increased on both a weekly and annual basis, moving up to 4.29 percent. In a statement accompanying the report, Freddie Mac Chief Economist Sam Khater said that higher rates coupled with rising home prices is causing demand for mortgages to cool.

In its annual housing forecast released last week, the California Association of Realtors said that it expects mortgage rates to end 2018 at 4.7 percent and increase to 5.2 percent by the end of 2019.