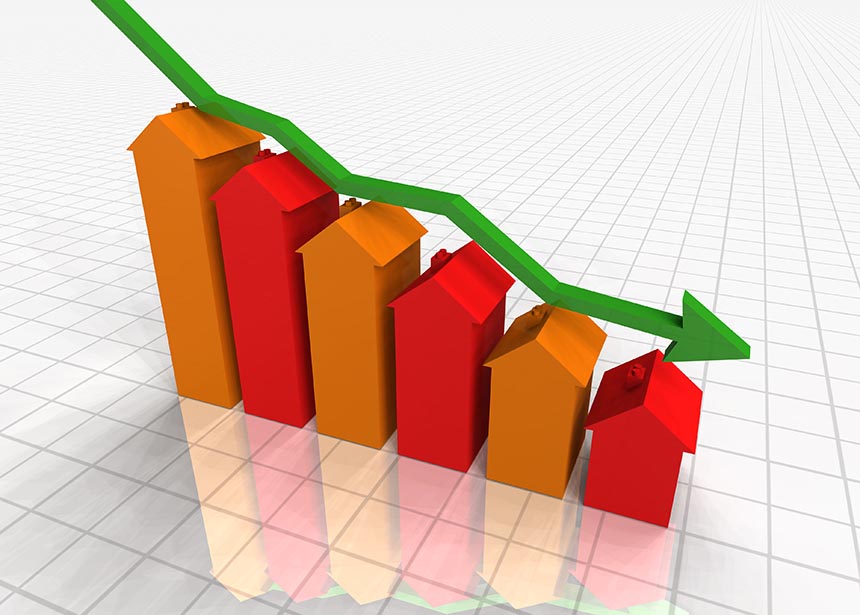 That’s according to the California Association of Realtors’ latest Pending Home Sales Index, which says that pending sales decreased statewide by 4.5 percent year over year in March, the third consecutive month of declines. March’s drop in pending sales was the largest thus far in 2017, a possible indicator that the spring homebuying season may be slower than usual despite a busy start.

Across the nine-county Bay Area, which has the state’s most severe inventory shortages, pending home sales were down for the sixth straight month, declining by 10.1 percent from March 2016. All nine counties saw substantial annual pending sales declines, with San Francisco and Santa Clara experiencing drops of about 15 percent.

Low inventory continues to be top of mind for California real estate professionals, with 37 percent of respondents to CAR’s monthly Market Pulse Survey citing it as a chief concern. Thirty-four percent of those polled are concerned with worsening affordability and rising interest rates, while 17 percent pointed to overinflated home prices and a possible bubble.

FIRST-TIME BUYER ACTIVITY INCHES UP IN MARCH
Although purchases by first-time homebuyers has improved slightly from the previous spring, stiff competition for starter homes is posing yet another challenge.

A blog post from the National Association of Realtors puts the percentage of existing-home purchases made by first-time buyers in March at 32 percent, up from 30 percent one year ago. Several factors may be motivating new homebuyers to get in the game, including job and income growth, as well as looming mortgage-rate hikes. After more than a month of declines, 30-year, fixed-rate mortgages rose to 4.03 percent for the week ended April 27, according to Freddie Mac.

Besides rising interest rates, first-time buyers are struggling with a shortage of properties for sale amid intense demand. A recent CNBC article noted the ubiquity of bidding wars across the country this spring, with one Southern California real estate professional quoted as calling it the strongest seller’s market he’d seen in his 25-year career.

ANOTHER SILICON VALLEY CITY MOVES TO PROTECT EICHLER ENCLAVES
Earlier this year, two more Sunnyvale neighborhoods consisting of primarily iconic Eichler-style homes were rezoned to single-story only, and now neighboring Cupertino is taking a step in that direction.

The Mercury News reports that the city council voted in mid-April to give residents a way to request single-story rezoning, with structures higher than 18 feet prohibited. Other Silicon Valley communities — including Los Altos, Mountain View, and Palo Alto — have measures in place that allow residents to request single-story rezoning so that they can preserve their home’s views and the natural light for which Eichlers are celebrated.

There are four Eichler neighborhoods in Cupertino. When residents of the Creston-Pharlap neighborhood in the city’s northwest corner requested single-story rezoning last August, the city moved to put measures in place to help soothe any potential ill relations among neighbors.