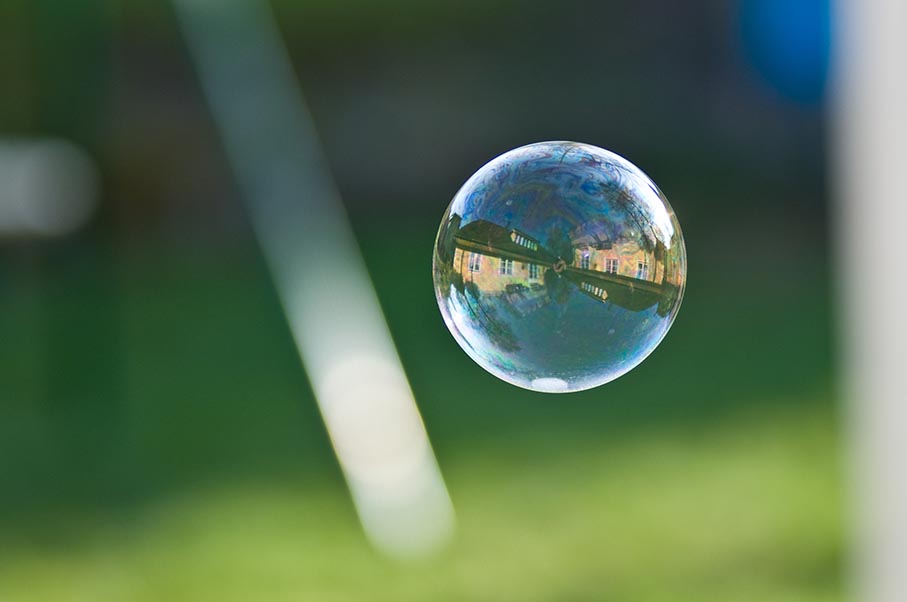 Bay Area home prices are already out of reach for many residents, and that appears unlikely to change barring an unforeseen economic catastrophe.

That’s according to National Association of Realtors’ Chief Economist Lawrence Yun, who spoke last week at the 27th Annual Convention and Expo of the Santa Clara County Association of Realtors. As The Mercury News reports, Yun told attendees that the Bay Area will probably not see a housing meltdown due to intense demand driven by plentiful jobs and exceptionally slim inventory conditions.

Yun predicts that the robust California and Bay Area economies will likely continue to fuel demand and push home prices higher throughout the region. Over the past 20 years, home prices have quadrupled in the combined San Francisco, San Jose, and Los Angeles metropolitan areas.

THE BAY AREA IS A HOT SPOT FOR GREEN CAREERS
One in five Bay Area workers earns more than $200,000, and while the tech industry plays a prominent role in those sizable paychecks, green jobs are also lining local employees’ pockets.

An analysis by SmartAsset ranks the nation’s best 25 metropolitan areas for environment-focused jobs on a scale of zero to 100 based on seven criteria, including the total number of green jobs and average salaries. Oakland ranks as the country’s fourth best city for green jobs, with an overall score of 90.97 and 2.2 percent of workers employed in those types of industries. San Francisco ties Las Vegas for 10th best city for green jobs, with a score of 74.58, while San Jose notches at 67.56 to rank 17th.

Green workers in those three cities earn the largest annual salaries in the country: San Francisco ($100,717), San Jose ($99,700), and Oakland ($94,393). But high housing costs likely offset those high earnings for some employees, with San Jose and San Francisco rranking as the two most expensive housing markets in SmartAsset’s study.

WILL FUTURE CALIFORNIA HOMES BE EARTHQUAKE-PROOF?
Sooner or later, Californians will have to deal with another significant earthquake, but perhaps by the time that happens, new houses in the state will be better able to withstand seismic activity thanks to a groundbreaking building material.

The University of British Columbia reports that it has designed a fiber-reinforced concrete called eco-friendly ductile cementitious composite, which is capable of withstanding a 9.1-magnitude earthquake like the one that struck Tohoku, Japan six years ago. Similar to steel, the material will see its maiden voyage this fall when it will be used to seismically retrofit a Vancouver-area elementary school.

The material not only has the potential to protect residents of earthquake zones, it’s also something that can protect the environment.

“By replacing nearly 70 percent of cement with flyash, an industrial byproduct, we can reduce the amount of cement used,” UBC Civil Engineering Professor Nemy Banthia said. “This is quite an urgent requirement as one ton of cement production releases almost a ton of carbon dioxide into the atmosphere, and the cement industry produces close to 7 percent of global greenhouse gas emissions.”

Despite a lack of skilled construction workers and the rising cost of building materials, remodeling activity remained healthy in the third quarter, with spend expected to increase again in 2018.

A blog post from the National Association of Home Builders says that its third-quarter Remodeling Market Index was in positive territory for the 18th consecutive quarter, meaning that more renovation firms report increased activity than those reporting a decline in business. In a statement accompanying the report, NAHB Remodelers Chairman Dan Bawden said that many remodeling businesses have backlogs, which he attributed in part to recent hurricanes in the Southeastern U.S.

According to a report from the Joint Center for Housing Studies of Harvard University, remodeling spend is expected to reach $333.6 billion by the third quarter of 2018, a number that has been steadily rising each quarter since 2014. That report points to a thriving U.S. economy, tight inventory conditions, and rising home equity as factors driving remodeling spend.