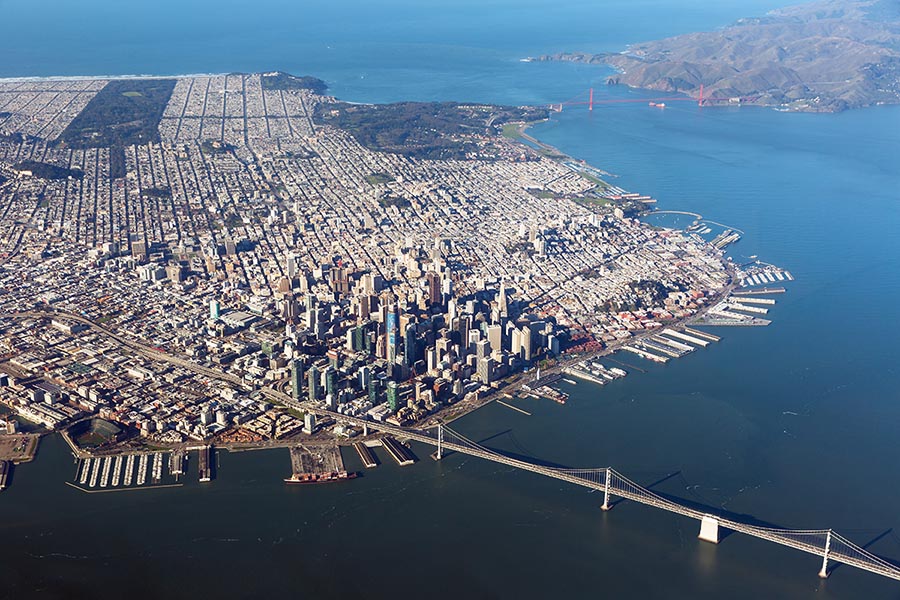 SAN JOSE, SAN FRANCISCO CONTINUE TO HAVE THE NATION’S MOST EQUITY-RICH HOMEOWNERS

As Pacific Union published in its first-quarter 2018 real estate report, single-family home prices in San Francisco and Silicon Valley posted substantial annual home price gains — 25.5 percent and 19.5 percent, respectively. And that type of appreciation means that the Bay Area’s two largest cities remain those with the most equity-rich homeowners in the country.

That’s according to ATTOM Data Solutions latest Home Equity & Underwater report, which says there were more than 13.8 million U.S. properties classified as equity-rich in the first quarter, representing about 25 percent of homes with a mortgage. The company defines equity-rich properties as those with loans comprising 50 percent or less of the property’s estimated value.

THE AMERICAN DREAM IS ALIVE AND WELL IN SILICON VALLEY
A recent study ranks San Jose among the top 10 places in the country to acheive the American dream, though if that dream includes owning a home it will be an expensive one to realize

An analysis by SmartAsset seeks to determine the 25 best U.S. cities for living the American dream on a 100-point scale based on diversity, economic mobility, unemployment rates, homeownership rates, and median home value. After placing No. 12 in the study last year, San Jose has moved into the top 10 in 2018, ranking No. 8 with an overall score of 83.63. San Jose is one of three California cities to make the cut and the state’s highest-ranking representative.

SmartAsset notes that San Jose’s high score stems from its diversity, low unemployment rate, and income growth. But of course, the city doesn’t fare as well in the housing-related categories; San Jose’s median home value of $802,000 is the highest of any of the 25 included on the list.

Zumper’s latest monthly rent report puts the average cost for a one-bedroom unit in the San Jose metropolitan area at $2,500 in May, up 10.6 percent year over year, to make it the nation’s third most expensive renal market. Two-bedroom rental costs in San Jose also rose, up 5.3 percent since May 2017 to $3,000.

As has been the case for many consecutive months, San Francisco remains America’s priciest city in which to rent an apartment, with one-bedroom prices rising 2.1 percent year over year to $3,440. Oakland, which ranks as the nation’s seventh most expensive rental market, saw similar modest annual price growth, up 1.9 percent to $2,100.

FEDERAL RESERVE HOLDS OFF ON INTEREST-RATE INCREASE
Although the Federal Reserve declined to raise interest rates at its meeting last week, economists expect it to make more hikes this year than previously believed.

As HousingWire.com reports, the Fed said that it would keep interest rates in the current range of 1.5 percent to 1.75 percent. In a statement, the Fed cited the country’s strong job growth and low unemployment rate as reasons supporting its decision to leave rates unchanged.

In an analysis of April’s U.S. job numbers, in which the unemployment rate fell to a near 18-year low of 3.9 percent, Pacific Union Chief Economist Selma Hepp projects that the Fed will raise interest rates four more times in 2018 rather than the previous forecast of three. That, she says, will cause mortgage rates to accelerate quicker than initially believed.